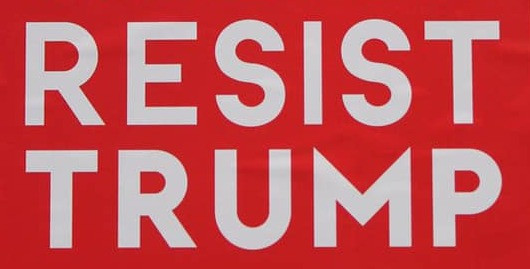 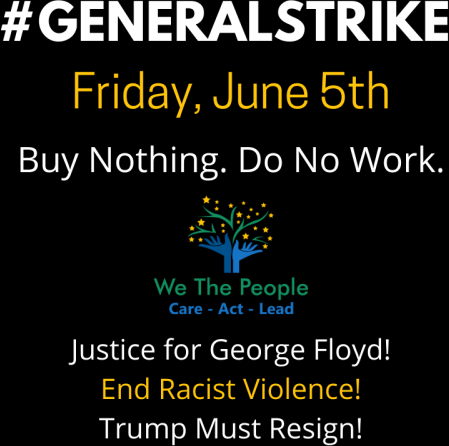 ‪After Trump’s speech and the continued police violence against protesters, we call for a #GeneralStrike on Friday, June 5.  This time has to be different.  Buy Nothing. 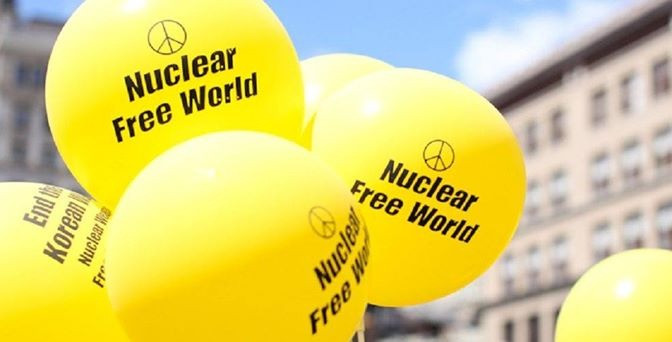 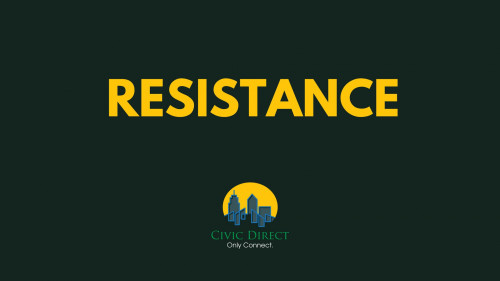 How Far Are We Willing to Go In The Resistance Movement?

A number of years ago, I heard a sermon that sticks with me to this day.  Like all good sermons, the message from the pulpit offered a loving challenge to my thinking and perhaps more importantly to behaviorally put my faith in action.  This sermon delivered a number of years ago at my home church of Christ Church in Philadelphia by our incredible preacher, Rev. Tim Safford, went a little something like this:

Jesus called his disciples as he was beginning his ministry.  Folks from different walks of life were each confronted with the person that our faith considers the messiah.  His challenge was plain: drop everything and follow me.  Leave the fishing nets where they are.  Leave your family and friends and all that you know.  Your mission is now to follow God in a total and complete way.

The sermon asked us to put ourselves in the shoes of those disciples and asked what we would do?  Would we not only leave our friends and family, but also subjugate ourselves to their scorn for pursuing this radical new way of approaching life?  Would we give up our livelihoods to face the uncertainty of not knowing where the next meal may come? Would we take the risk with Jesus right in front of us his extended hand to us?

This wasn't a more typical call to being an adherent to the faith, but rather a challenge to following God through action. Are we pursuing justice in a complete way through our advocacy?  Are we tolerating or ignoring some of the problems that seem almost too big for us to truly make a difference like poverty or racism or guns and violence?  What risks are we taking to pursue the justice that God seeks for God's people.

The pastor posited that indeed none of us take up the cross to follow God completely, but rather we make compromises, and ideally we do so as compromises of integrity.  A compromise of integrity means that you fall short of making an ultimate commitment to what God expects to pursue justice and peace, because you instead are doing something of value like taking care of your children or an elderly parent.    The pastor in some ways gives us a pass in making the complete commitment of the disciples to the degree you are pursuing some other comparable good.

I don't know that the teachings of Jesus contain that hall pass and so I've aways struggled with two questions:

As I've observed and participated in the Resistance Movement, these types of questions are increasingly relevant and worthy of our deep contemplation and discussion.   The Resistance Movement started almost a little tongue in cheek, with Princess Leia memes and such, though it was a real response by the majority of the electorate that did not vote for Donald Trump.  The ethos of the movement is that we will fight tooth and nail to not allow him to pursue the racism and xenophobia, nor the destruction of our environment and our basic democratic norms.

There were some early wins, but the news we receive on a daily basis ranges from terrible to catastrophic.  In this environment, we need to start asking ourselves a series of questions in the vein of the challenge of the sermon:

Let's challenge ourselves both in our individual meditations and corporately in our organizations and activism and social circles. Resist with more creativity and risk; plan with more connectedness, and act with more love.

The calling is clear: Risk more. 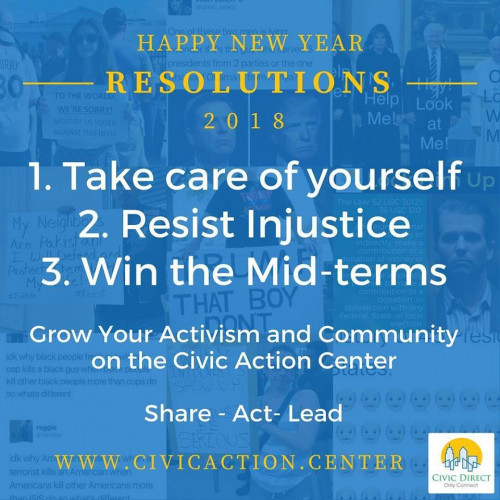 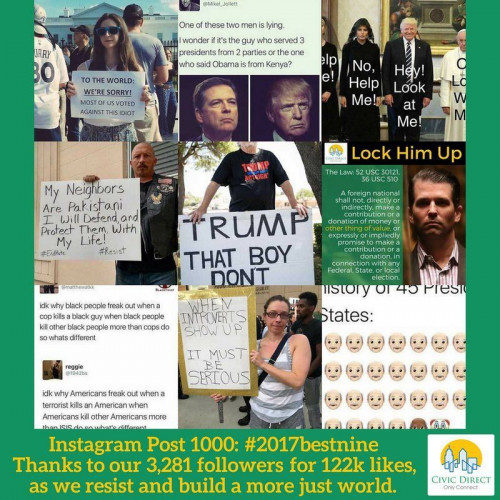 This is post 1000 for #civicdirect. Thanks to all of our #followers for liking and commenting. Thanks for #resisting and building a more #justworld. #2017bestnine #protestsigns #lockhimup #resist #resistance 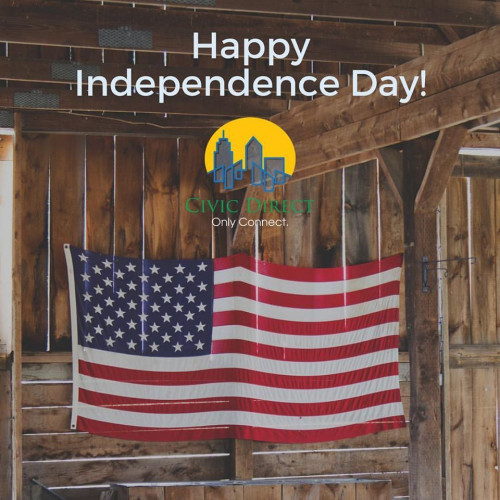 #happy #independenceday from #civicdirect. Thanks to all of you who #resist, #vote, #organize, #runforoffice, #volunteer, #blog, #protest to make this country a #more #perfectunion. 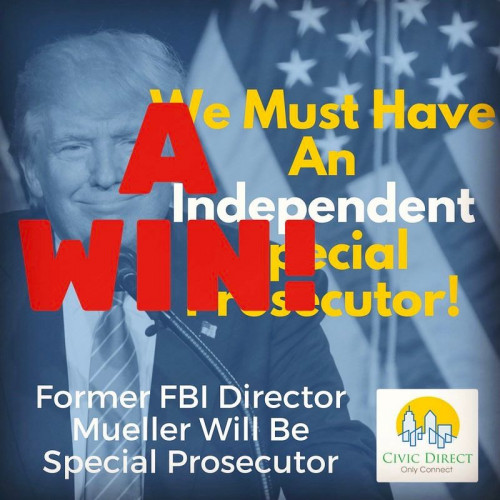 #trumprussia #specialprosecutor announced! Thanks to all who signed #petition and put pressure demanding such a move by deputy #attorneygeneral. Former #FBI director Robert Mueller will now take over the investigation. #win #resistance #resistanceworks #resist #keepfighting 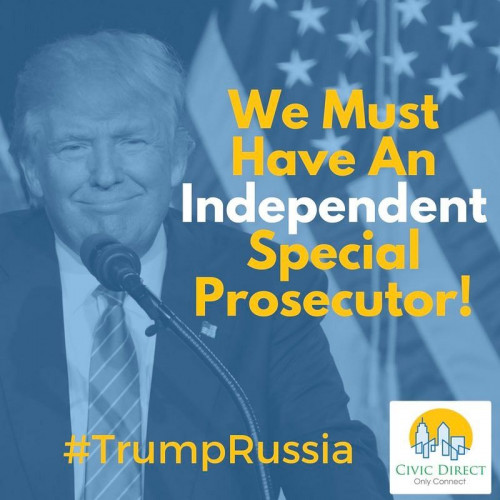 #civicaction alert!. With the firing of #JamesComey as Director of the #FBI, the #President must not be allowed to appoint his own investigator of Trump campaign ties with #Russia.We demand that an #Independent #SpecialProsecutor be appointed now to conduct to the investigation. #trumprussia #resist 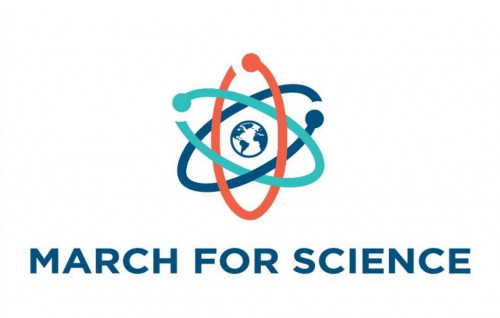 The March of Science was held today in over 600 cities and towns across the country and globe.  I saw protest signs and friends decrying the need to have such a march. Unfortunately, we live in times in which it is necessary to demonstrate, loudly and clearly, that facts are indeed facts and that truth is both real and reveals itself through scientific discovery.

This isn’t new. We are all familiar with the story of Galileo. His use of new technology, the telescope, clearly demonstrated that the Earth was not the center of the universe. The Middle Age power brokers, primarily the church, had a lot vested in the Earth being the center of the universe. God’s chosen people extended not just to ethno-religious boundaries, but indeed humankind special relationship with God was intertwined with us being the center of the universe. The power brokers imprisoned truth-seekers in order to maintain the order of the world they constructed and from which they benefited.  However, if they would have been open to the discovery it would have at least temporarily put God on a much larger creation stage.  As so often happens, being open though to these newly discovered truths, we experience the universe in a more awe-inspiring manner.  Galileo's universe was more magnificent than the simplistic Earth-centered universe prevalent since antiquity and perhaps since our species first started to conceive of itself under the stars.

Similar forces are at work today. Entrenched interests in our capitalist system are hanging onto their worldview that human activity is not affecting the planet in profound ways that we may not be able to undo and which will likely make the Earth a lot less hospitable to life, including human life. The short term monetary gains of a few in the continued pursuit of fossil fuels is driving the planet off, in a gas chugging car, off the proverbial cliff. They refute the clear science through flat out ignoring it or attempting to delegitimize. Various elements of the Trump administration have whitewashed climate change from their communications and removed from their decision making. The single biggest threat to life on the planet is swept under the rug of ignorance.

Such activities by big oil and their allies are supported by perhaps a more pernicious sentiment endemic to elements to our culture, an embrace of ignorance as a positive character trait rather than a quality to oppose. There are two strains to this ignorance, one religious and one proudly ignorant. The religious ignorance is held by fundamentalist Christians who force themselves into the intellectual box of a literal translation of the Bible. These fundamentalists refuse to accept even the most basic facts of science fighting against evolution (the basis of understanding biology) and the Big Bang (the basis of understanding the universe in astronomy and physics) and claim that the age of the Earth is 6,000-20,000 years old (eliminating any need for geology).

There are other proudly ignorant folks who are happy to not believe basic scientific facts that would somehow cloud their worldview. The Atlantic covered this phenomenon recently here (https://www.theatlantic.com/science/archive/2017/03/this-article-wont-change-your-mind/519093/) in which the research demonstrates that people may ignore facts that cause cognitive dissonance to a worldview. If you don’t care to understand how the world works and  are content to not know, this bias becomes exacerbated. In a social media world in which we can control what content we receive with greater precision, we can indeed bask in our own ignorance and be supported by memes, friends and content which affirm our ignorance.

The truth is that almost all of us have the basic intelligence to be consumers if not creators of the science. Science requires the humility to test your hypothesis in order to provide it wrong. What a different mindset from holding a belief, dismissing any facts that may conflict with that worldview and looking for any shred of evidence that may support that belief. The March for Science is an affirmation of those who choose to take the plunge in deepening their understanding of the world and more importantly of being open to that worldview changing. For example, Pluto was discovered through painstaking astronomy as a planet. Generations of students were taught that our solar system had nine planets. When we fine-tuned our instrumentation, we realized our beloved tiny Pluto wasn’t so unique at all. There are scores of dwarf planets in the Kepler belt, many yet to be discovered. There were even scientists who emotionally held onto Pluto as planet, but discovery led to new truths that science, and humans who practice science, incorporate new facts that lead to new truths.

The questions than that the March for Science demands of those Americans who have turned away from a pursuit of truth, facts, and the scientific method is do you have the moral courage to face inconvenient truths that the science tells us? Do you have an open mind that allows new facts to be incorporated and shift your understanding of the universe? Are you willing to let go of some interest you have in maintaining the status quo to walk into a more magnificent world in which the pursuit of knowledge creates awe-inspiring discoveries that often create as many questions as they answer?

The March on Science was intended to create such dissonance. Instead of turning away, my hope is that folks re-embrace the values that led to the great shifts our thinking: The Enlightenment and the Industrial and Technological Revolutions.

Stupidity isn’t a virtue. A mind open to discovery, facts, and truth is. 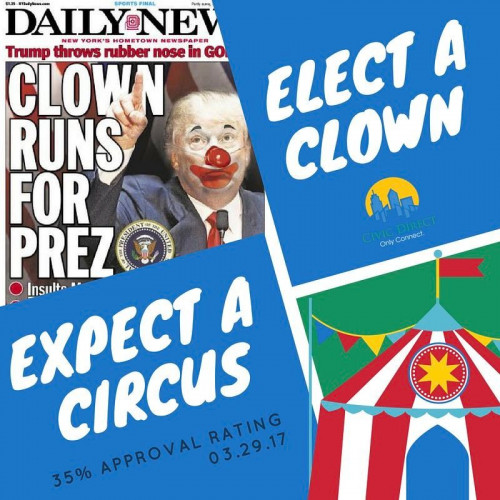 Elect a Clown, Expect a Circus

Elect a clown, expect a circus. This circus though is inflicting real pain on our #environment, #immigrants and #refugees and others, not to mention #trumprussia. Keep #resisting. #resist #resistance #maga #trumpdoesntcareaboutyou #trump