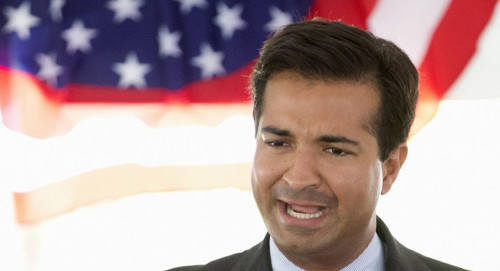 That Climate Change came down from the White House website signifies ...

... in the real sense, it signifies nothing.

On the other hand, with the GOP, largely* a gathering of Deniers, in control of our Federal Government - it means that the US Government will stand aside from the work of averting the disater  - at least for now.

* Credit where credit is do, there is a Climate Solutions Caucus in the House. In fact this was founded by two members of Congress from the southern tip of Florida - will be amongst the first to go under when there is sea rise - the issue strikes home for them.

As you will see there are currently nine Republican members of the caucus leadership team, tip o the cap to them! Eighteen in all

Perhaps the vision is for a dock from the 2nd floor of Trump tower? Whatever his gameplan - he surely is not concerned. 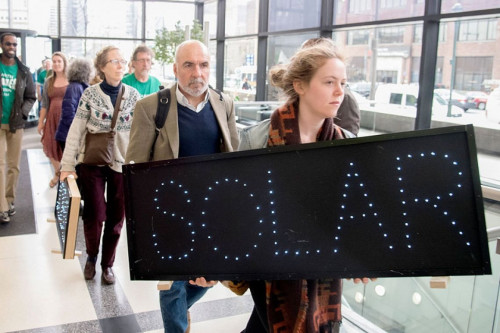 EQAT - marching in the March for a Clean Energy Revolution, Sunday, in the run up to the DNC

EQAT will be brining their dual message of "Power Local Green Jobs" to this Sunday's march.

More about the mission here

Robert Leming, from The Earth Initiative, honored to be marching with them.

Fracking is one key issue for the marchers, as we in Philadelphia are just east of the Marcellus Shale fileds, and "black trains" roll through our City, along our rivers, through our communities.

The following reflections are mine, in no way associated w the EQAT team and ethic:

Anna Beale, a founder of Earth Initiaive, has followed and met with Joanna Macy. Joanna has had her should to the wheel of what she and others call "The Great Turning" for many years, and has delineated Three Dimensions of that Turning, I give her short cuts - a deeper dive here :

1. Holding Actions - essentially, our finger in the dike

3. actions that lead to a shift in conciousness

Proponents of fracking love to position it as a holding action - better than coal, better than crude, frees us from imports, creates jobs

But, on the other hand they do not want to pay their fare on the downsides - they insist on freeloading when it comes to:

Local degradation of the land, the water tables, the trails - disruptions for the wildlife (all things dear to us at Earth Initiative)

The resulting low price, undercutting jobs that we could be creating in the solar, wind, sustainable biomass industries (think strucural changes)

Here in Pennsylvania, our State Government has us headed in the direction that Kentucky and West Virginia took with coal; taking crumbs from the table, rather than investing in the future.

Put strong methane controls in place, protect the environment (crazy that this needs to be said, insisted on in these days), protect our communities  - pay for these - then we can talk.

Pennsylvania, the United States, the World need to understand that there is a people's movement gathering, underway, that will not relent (think change of consciousness). 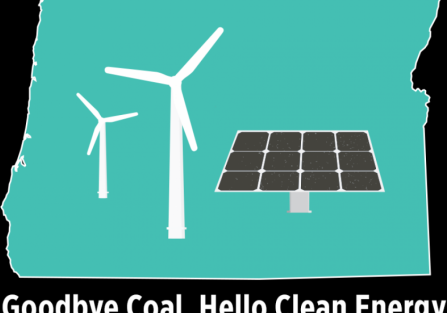 This is incredible! Oregon is the first state in the US to pass a law to become coal-free #climatehopepic.twitter.com/E2Gcz446ZG 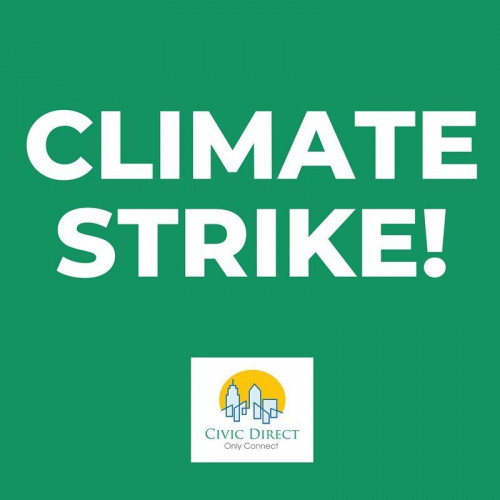 Civic Direct has been promoting the Climate Strike and the numerous events leading up and following the latest, and the largest of the global Climate Strikes.  It is still shocking that there are so many political leaders (including Democratic pols) who fail to see the fierce urgency of now in which life on the planet stands on the precipice and our very existence as a species is on the line.  However, young people from around the world, the generations who will bear the brunt of the decisions being made by their parents and grandparents today, organized themselves to raise the urgency felt around climate change of what is now an emergency.

I attended the rally and march in Philadelphia and followed the reports about the Strikes around the globe.  I was pleased to see that while all generations represented, the younger folks took the lead as organizers, speakers, march marshals, etc.  This should give us great hope, that mass strikes and protests in the streets are now part of how these younger generations have formed their political identity.  If the political system continues to offer inadequate responses to the climate emergency and grotesque income inequality, we might expect the tactics to sharpen.  Indeed, groups like Extinction Rebellion have placed nonviolent direct action (civil disobedience) as core to their change strategy.  We might also expect other climate groups like Sunrise Movement and 350 to continue to use organizing, mass strikes, and intense lobbying to ramp up the pressure on the political system to act.  These organizations and young activists should give us hope and we all should be committing to actions that we can take, both policy advocacy and personal consumption, to head off the climate emergency. It is clear that leaders like Trump and his ilk of fossil fuel industry enablers are much the problem and indeed he was targeted at the protests.  I believe though that we will look back on these years in dismay about how we allowed such a human being to become leader and allowed him to draw our attention away from the core issues of climate and gross inequality that must be the clear focus of our policy and system change work.

In this regard, many Democrats are just as an important a target as what we hope will be a one-term President.  There are still many Dem leaders who fail to see the urgency to act in a comprehensive manner as suggest by the policy change included in the Green New Deal.  Indeed, Speaker Pelosi poo-poo'ed the Green New Deal and many of the Democratic Presidential candidates have failed to embrace the need for fundamental structural change.  The Democratic Party refused to have a debate dedicated to just this issue, despite the demands of young Democrats.  This unimaginative leadership based on incremental approaches and perceived (though not real) limitations is going to have change and climate activism is going to have to change these dynamics.

However, the battle is joined.  Hearts and minds are largely won over by the articulation of well grounded policies that speak to the collective fears that young people rightfully have about the future of the planet.  The existential threat of climate change has politicized young people who understand that power concedes nothing without an organized groups and networks demanding change.  The policies of the Green New Deal and more broadly those that confront climate change have the overwhelming support of Americans and citizens of the world.  The Climate Strike gives great hope that we are pressuring the political system to act with the urgency that the emergency and the young people demand.