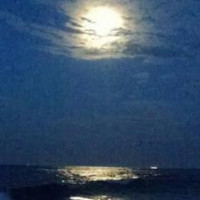 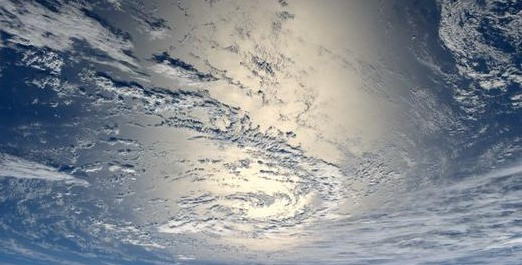 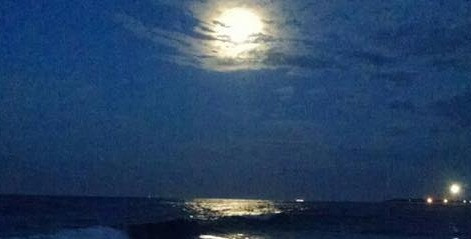 Lifelong Philadelphian | Deeply love my Family and our wide Circle of Dear Ones | Introduced Information Technology and oversaw the installation of one of Philadelphia's first fiber optic networks at the Philadelphia Museum of Art in the early 90's | Keenly interested that we are able to turn this ship around and save #OurAmazingWorld and our Fellow Travelers from our destruction |  Hoping that, when we come out of this year of the Corona, we no longer allow ourselves to avert our eyes from the horrific inequalities, injustices, and corruption that we have endorsed by allowing all this to be | Wishing Trump one terrible term, and then exactly the life he deserves | Frankly surprised and appalled at how debased the once GOP allowed themselves to become, as they morphed into the Party of Trump | Love the Natural World | Like reading, sports, podcasts & playlists

I'm listening to the Dodgers vs the Rockies on my iPos Touch, as I write  :- )

First, basically, I was surprised how well it went, flaws, but mostly in the wabi sabi spirit? For the most part, I loved it.

My take away was that Trump was accurately on display as a man who has petered out .... the air went out of the Baby Trump balloon?

But! let me stop there. The time for complacency is NEVER.

It is not just the Democrats that Trump hates with all his bottomless bile, it is Democracy itself!\.

There was a lot to love though:

* It was great to see and hear the Obamas, right? So stern, so alert to the danger that is Trump

Michelle: Empathy: that's something I've been thinking a lot about lately.

Barack: So tonight, I want to talk as plainly as I can about the stakes in this election. Because what we do these next 76 days will echo through generations to come.

We were all, of course, wondering when Joe came up to bat. Then he, for the most part, hit it out of the park. It was a triple anyway. I sat back as it went on, relaxed, and enjoyed it.

Jill made me think "what the hell are we doing, wasting our time, hanging around with Melania?"

I thought they handled the people from the streets: the woman who's Dad's only pre-existing condition was that he trusted Trump: the lovable stuttering kid: ...

The topic of course sprawls, calls for a pre-or-post-COVID bar, and a 4 hour conversation ....

My take-away: I'm optimistic. I actually like Joe and Mamala.

I'd love to pursue any of this farther, if any of you are game.

An interesting opening that the Convention provided, was the opportunity for the Trump-appalled to pile on. Here's on that I especially liked:

who knew that there even were 70 of those characters still alive. I get their point though - Trump is the antithesis of everything they dedicated their woking lives to ... 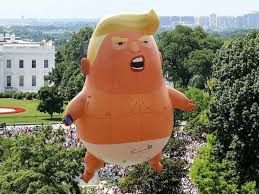 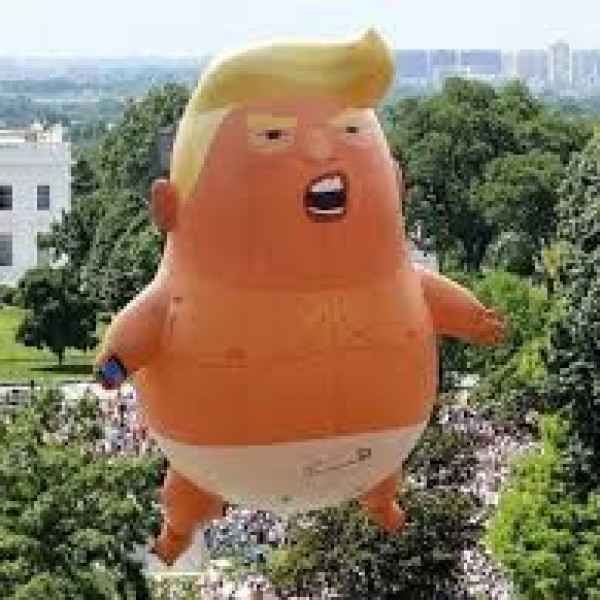 Tuning out of the Dems opening night, headed to bed. A lot moved me.

The closing: "and, performing on Monday night with Billy Porter, 75-year-old Stephen Stills, who wrote and originally sang the song they will perform together, Buffalo Springfield’s timeless 1967 anthem “For What It’s Worth (Stop, Hey, What’s That Sound?)” - really fired me

I was between sophomore and junior year of high school the summer that Stills and Buffalo Springfield released that song, and caught the spirit of the time. It felt so resonant, we all felt so alive.

If you missed it tonight, track it down, turn the volume up, enjoy ... For What It's Worth. I cnat find tonight's version online yet, be sure to catch it

I've been far afield for a while now, glad to be back. It's "white's of their eyes" time now, regarding all our futures.

I'm leading off with this, from Ava DuVernay, though this is outside the 24 hour cycle - I love the clarity, the power, and the fighters spirit in her call for us, all of us to rally.

It is easier for the Party of Trump than for us, they don't give a sh*t - we do - we need to make it through this narrow passage, and leave them to their death throes, let those throes occur out of Power.

I't really easier for us, than for them though in that we, under it all, love each other - all they get from their Trump-loyal leaders is bile, hate and lies/innuendo. 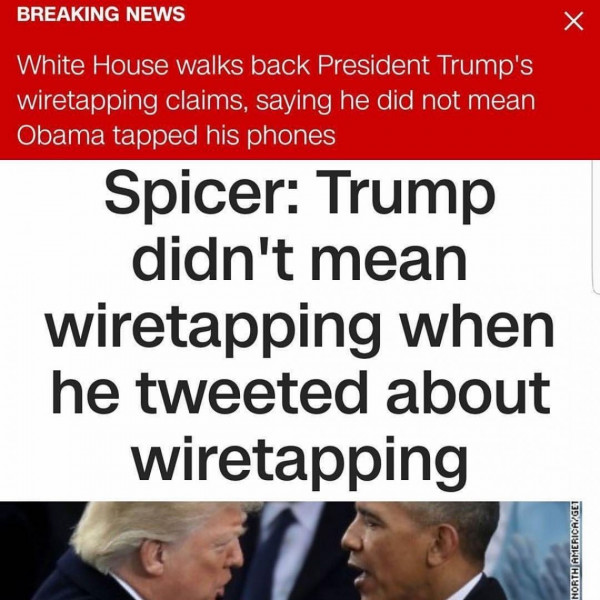 Loving this: “StopFake News” in Ukraine

“StopFake News” in Ukraine is a weekly television newscast with a difference: Everything is a lie, from start to finish.

The show aims to identify false reports and debunk them on the air. “It is investigative journalism, with a twist,” the anchor says. 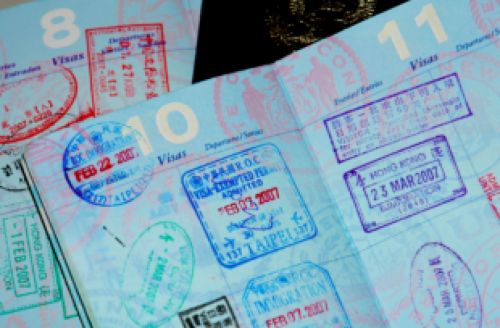 America's ban on Visa's from 7 Muslim countries - let's unpack that

First, Saudi Arabia, the host country for 911, is not on the list. Why?

Since 911, no one on a Visa from the 7 countries who did make the list has been involved in a post-911 terrorist attack in the US.

I think that the President has put a "strike me" sign on his back (who would stay in a Trump property, play on a Trump course going forward - are they safe?)

I think he has put a "strike us" sign on the back of all Americans.

Let me make clear - I do not fear ISIS, the Taliban - any of the terrorist groups who claim to be Muslim - but leave Allah out of their worldview. I support American efforts to break them.

I don't see this ban as in line with those efforts. I am willing to bet that the ban is already circulating as Memes on the ISIS recruiting sites and cells around this country & the world. 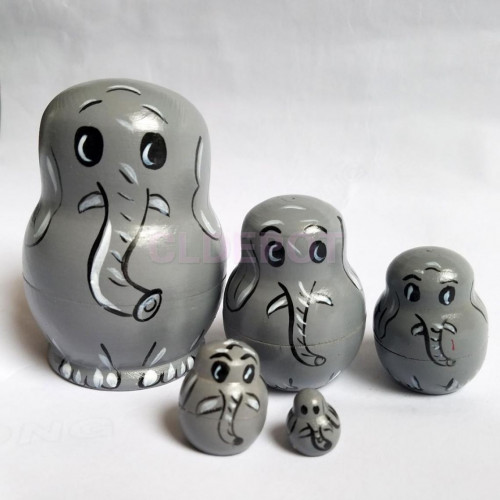 From Fortune Magazine: Russia Is Compiling a Psychological Dossier on Trump to Prepare Putin for Their Meeting

Both sides are doing this, right?

Former Deputy Foreign Minister Andrei Fedorov told NBC that Russian officials now worry that Trump could be viewed as too friendly to the Kremlin, which could weaken his standing among members of Congress and lessen the chance of a thaw in relations.

"Trump cannot come to a meeting with Putin as a loser,” Fedorov said. “He must sort out his domestic problems first."

Like Russian nested dolls, this story just keeps spiraling to, what?

About American Priorities: I would rather see us deport (no matter how long their families have been in the country) doctors who are fueling the opioid epidemic, pay day lenders, and white collar frauds before this mother of two 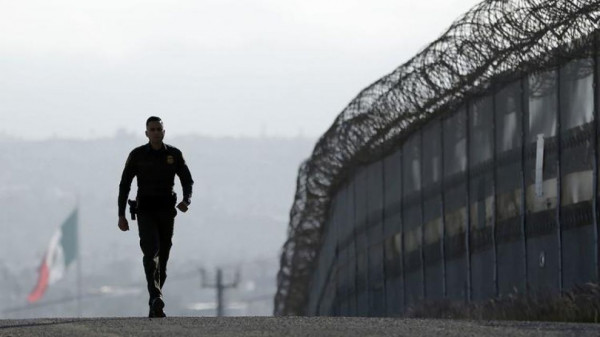 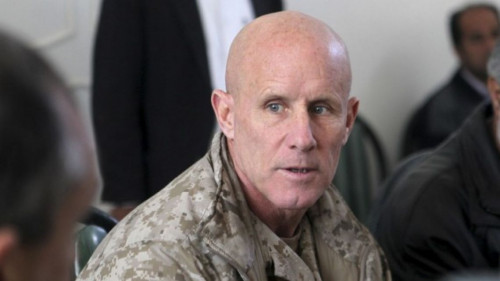 Has the fear of grownups begun to set in at the White House?

At first I was puzzled; how when you have just had to fire your first choice for National Security Advisor to the POTUS - can you not have made sure your 2nd choice would take the job? Is 45 so rusty from his run at The Apprentice, that he had lost track of the real in-the-world logistics of making high profile selections in front of the public?

Then the news started to break that Vice Admiral Harward had more concerns than just the enormous 24-hour a day time demands of the job but that he had tow other serious concerns.

Hard to believe, but on is that he came to believe that he would not be able to choose his own staff.

In this time when the ability to be shocked has been anesthetized, that is shocking.

And, because he had no guarantees that the National Security Council — and not Trump’s political advisers — would be in charge of policy.

Still, pretty weird that this all did not work its way out before 45 made the announcement and has not mis-fired TWICE on perhaps the most crucial National Security selection he will make.

The points above are circulating widely. I took them from:

The world is watching 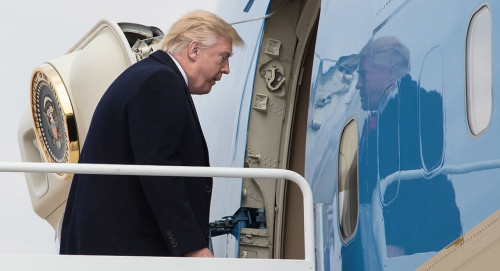 #TheGrownups is becoming a thing

This from Politico today:

"In their first weeks on the job, the heads of these sometimes competitive departments and agencies are working together, fighting to staff the agencies they lead and to maximize their collective influence over an administration struggling to find stability." 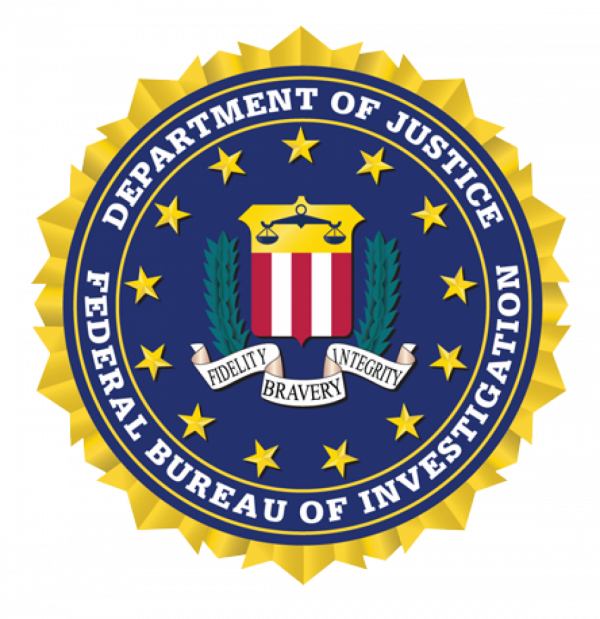 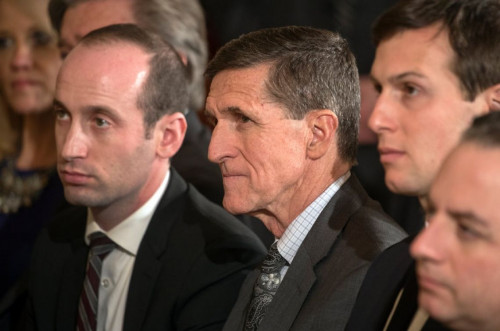 The Russians again - and the word "blackmail".

Was Michael Flynn freestyling, on his own? Was Mike Pence really surprised? Did 45 want the Russians assured that sanctions would be a thing of the past when he took office, that Russia would be a favored State, and wanted his future National Security Advisor to deliver the message?

There is a lot of bottom there, to get to the bottom of this.

See more...
Info
Gender:
Man
Age:
71
Full Name:
Robert Leming
Friends count:
4
Followers count:
4
Membership
Standard
Philadelphia, PA, United States
My Followed Channels
My Posts
It's late, I'll be brief, kinda:I'm listening to the Dodgers vs the Rockies on my iPos Touch, as I write :- ) First, basically, I was surprised how well it went, flaws, but mostly in the wabi sabi spirit? For the most part, I loved it....

Movie: Good Night, and Good Luck - A Tutorial for our time

From @RichLouv by way of @Orion_Magazine: We need an NRA for Nature

America's ban on Visa's from 7 Muslim countries - let's unpack that

From Fortune Magazine: Russia Is Compiling a Psychological Dossier on Trump to Prepare Putin for Their Meeting