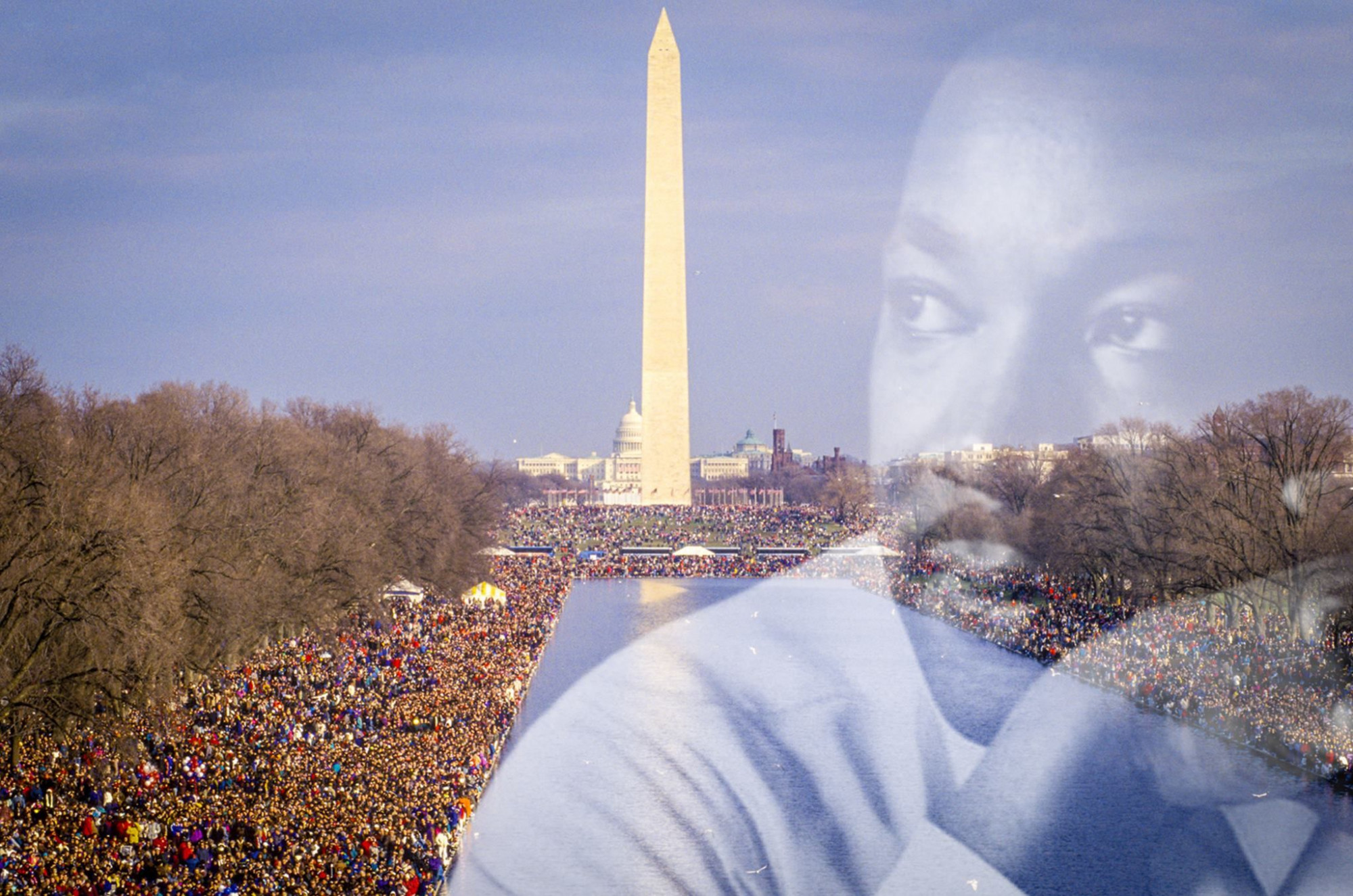 My Apology to Dr. King

On the MLK Day weekend, I wanted to revisit a post that I wrote on the 50th anniversary of MLK's assassination. The nation spent this past weekend marching at the Women's March and responding on social media to young white men wearing MAGA hats taunting Native American elders.  I observed a lot of conversation amongst white folks: conservatives making excuses or even going on the attack and white liberals suggesting restorative justice be employed so they young men learn a lesson.

As I say in my apology to Dr. King below, we need to be careful as white people to intellectualize a situation in which clear racism is involved. The mocking and taunting of people of color by white people too often doesn’t stop at the taunting. We can intellectualize, but the subjects of such attacks feel a clear and present danger, and rightfully so. A women in the video who looks to be with the indigenous folks says the word mob, and that’s not a mistake. MAGA hats to me say you are an open racist and when you add the taunting, I think we have to call a spade a spade and not seek some further explanation. If these were indigenous or African Americans young men, they would receive no such allowance. Not one of them stepped up to say hey this isn’t right. Not one.

If we do entertain some sort of restorative justice, it would require two conditions: 1) there is an interest in restorative justice paths in which the young men want to hold themselves accountable. This is not my experience with Trumpers. This happens in a context in which Trump is reinforcing the bigotry upon which white supremacy rests.  These young men are not victims in this story, although right wing media continues to portray white men as victims, even in such egregious cases like this one.  The more likely behavior of the young men is what we are seeing now: making excuses, blaming the other side, etc.

2) The other condition is that people of color aren’t put in the position of making these young men feel better about themselves. For example, I saw someone suggest that they should do a week of service within an Indian nation. There was a ton of negative reaction citing the long history of such processes that alleviate the guilt of white folks without addressing the underlying injustices of systemic racism.

Two generations after Martin Luther King Jr. gave his "I Have a Dream" speech and in the same exact location, we are still fighting the bigotry we see in the behavior of these young men and the institutional racism that the MAGA mantra and policies seek to maintain.

I give you again...my apology to Dr. King.  Sadly, we have made such little progress...

This past week saw the 50th Anniversary of Rev. Dr. Martin Luther King Jr.’s assassination.  Activists held a number of commemorative events, each finding their own meaning in King’s message after death.  In particular, momentum is building throughout the country for a rejuvenation of the Poor People’s Campaign, the campaign King was organizing when he was taken from us.  Many of these actions are on the Civic Action Center.

While I’m always action-oriented, this anniversary has lead me to a more contemplative space, where I find myself challenged to more completely come to terms with racism and white privilege, to get beyond another debate with another white person about whether such privilege exists, but rather to more wholly come to terms with how I personally and we corporately as a nation achieve his dream of racial justice.

I believe this starts with an apology, an acknowledgement of significant wrong-doing and a demand for atonement.

We don’t do apologies, nor atonement as country.  South Africa had truth and reconciliation commissions to come to terms with the evils that occurred during apartheid.  No such truth telling and atonement process occurred in the United States.  Indeed, few in this country have ever really apologized for slavery, Jim Crow, and yes, the systemic racism we see in our world today in each innocent African American life taken for holding a cell phone, selling loosies, every day traffic violations, holding a toy gun, wearing a hoodie, and on and on…

Perhaps it would be easier if we focused on apologizing to one person whom who holds a pre-eminent place in our shared and often troubled history.

I’m sorry that in the fifty years since you left us, we have not yet gotten to the mountaintop.  The truth is while some things are better, many issues are actually quite a bit worse.  The generation that lived through your death and those that knew only of you as history have failed your call to justice and love too often in the last half century.   Many of us have come down off the mountain all together.

I’m sorry that we have not pursued economic justice as you encouraged us to do.  The poverty rate remains relatively unchanged.  The rate actually went up for children since you died from 15% to 18%.  Yes, we are still a rich nation, but nearly one in 5 children grow up poor and inequality has gotten significantly worse.  If an average CEO made 35 times an average worker in your day, it is now well over 300 times. We have gone through cycles of blaming the poor for their problems while continuing to cut taxes for the most wealthy.

I’m sorry that we seem to have difficulty living in peace.  You spoke out against Vietnam, but my generation saw our country yet again choose to squander goodwill, the lives of many and over a trillion dollars on another war of choice in Iraq.  The bombing of the Middle East has rarely ceased over the last three decades.

I’m sorry that we now live in the world where you are a Commemorative King as opposed to the prophetic King that lived.  The Commemorative King is safe and challenges us not.  Your image is used to sell insurance.  Politicians who opposed you in your life or would today if you were alive, cherry pick your words in praise.  The Vice President tweeted such praise even as he walked out of a football game where players were doing what you would have done, peacefully protesting the killing of innocent African Americans.  Your courageous acts of civil disobedience go unheeded.  Instead we commemorate your memory with volunteerism that offer no challenge to the system that makes such charitable acts necessary.

I’m sorry that your prophetic voice and example is so hard to find in our politics.  Perhaps you would not be surprised that this nation elected a racist, xenophobic billionaire following the election of our first African American President.  You told us that the arc of the moral universe bends towards justice, yet even you knew that you would not get there with us, that this nation can react to times and people of hope with ugliness and cruelty.  These times feel worse than any that I’ve been alive with torches of white supremacists again lighting the night and the scapegoating of our Muslim and Latin immigrant brothers and sisters by our President and his enabling followers.

You noted that the insufficient funds check to African Americans was issued at the birth of the nation as we declared all are created equal, but denied equality to so many.  We’ve bounced a number of other checks since your passing.  We’ve incarcerated way too many in the generations that followed.  We still see discrimination in housing, health, education, and the job markets.

Dr. King, I’m sorry we have not quelled the violence in our communities.  You were taken from us far too soon.  I apologize that you missed so much time with your family and friends because of the hate that we allow to fester.  And I’m sorry that the gun violence hasn’t stopped.  You have been joined by Trayvon and Michael, Tamir and Philando, Sandra and Stephon, and too many others.  We say their names, but it won’t bring them back.  My heart hurts each time an innocent person is taken, a few hundred gun deaths every year in my city.  Your death should have been too much for us as a nation to once and for all come to terms with racist violence.  It wasn’t.  It continues.

This is my apology Dr. King.   I regret that I have failed to live up to your example, and I recommit myself to your ways. I’m sorry that I have failed to have the courage and take the risks that you did.   You asked all to be the drum major for justice and peace from the pulpit just two months before you passed.  Our individual and collective atonement begins with beating that drum each day in ways large and small.  We recommit and will speak nothing more of a dream until we do better in making it a reality.