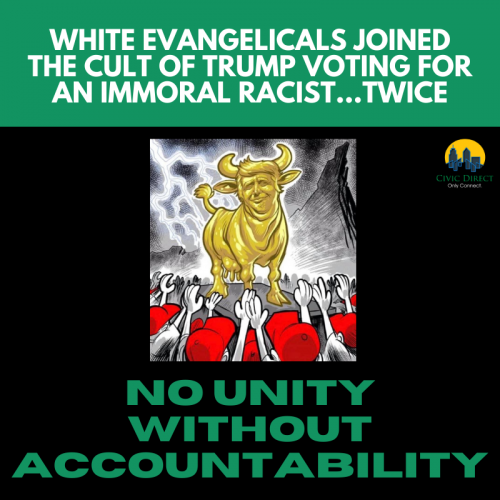 No Unity Without Accountability

There needs to be #accountability for the #insurrection and for those who joined the #cult of #trump. #white #evangelicals walked away from the #teachings of #Jesus.  Its time for them to #apologize for following an #immoral #racist. 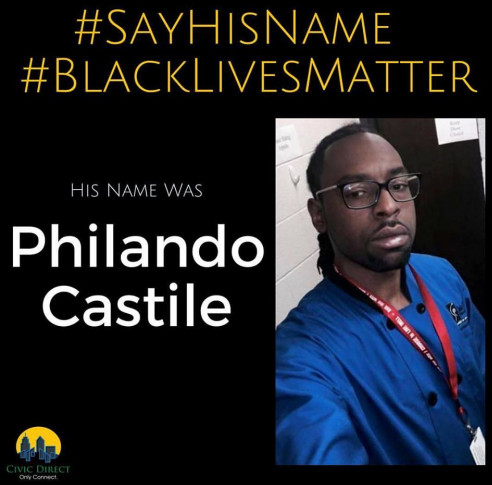 Zero #accountability for the Minnesota police officer who took an #innocent life, not even on 2nd degree manslaughter? We have so far to go to address #racialjustice. #racism #blacklivesmatter✊🏾 #restinpower 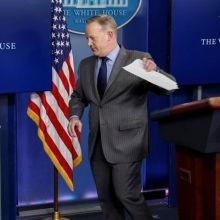 Jake Tapper has been on fire, hasn't he? He, Rachel Maddow, and David Frum have the most lucid commentary on the Trump administration, each from a very different perspective.  In his commentary today, Tapper called out the Trump administration for lying...again.  No one in the administration produced a single shred of evidence to support Trump's ridiculous claims that Obama ordered surveillance on him. Indeed, the Justice Department, asked for a delay in producing evidence for Congressional investigation committees.  Delay might be the only tactic available, short of saying that the President actually lied.

Tapper's take down of the administration hacks who attempt to explain lie after lie that the President tweets is epic and worth the watch:

Most disturbing elment of this latest lie is that Trump again breaks a basic norm essential to a functioning democracy.  Sitting Presidents generally are hands off against their predecessors. Except during election cycles, former Presidents generally try to stay out of the fray.  A norm like this ensures that the current occupant of the White House can act without the interference of a former President. Likewise, a former President who has take on the toughest job in the world for four or eight years can live in relative peace without the threat of ongoing political reprisals.

When Trump treats such basic democratic norms with his typical self-centered disdain, where are the aides and Trump voters who step up to say that's not okay? Instead, Spicer goes out before the world to airquote "wire tap" like we're supposed to take Trump figuratively even when he speaks quite definitively. I keep asking on social media are there any Trump supporters who wish to defend breaking of norms, the complete retreat from basic decency, or his blatant lying such as the the "tap" that Obama placed on Trump? Despite my entreaties, I have yet to see any of those who voted for him defend the ridiculous tweets or policy positions of the administration. I have yet to see any of them defend the blatant lying.

They went after the speck in Obama's eye incessantly, but are completely unwilling to denounce the wood beam in Trump's eye. At this point, they are enablers.