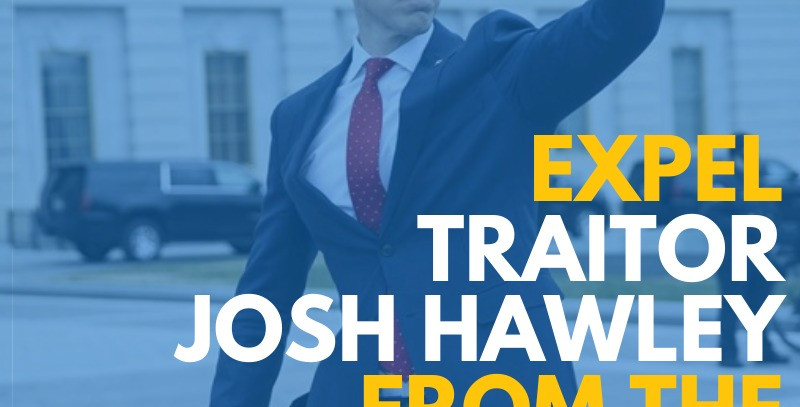 We, the Undersigned, Demand that the Senate Expel Senator Josh Hawley of Missouri for Acts of Sedition.  Senator Hawley lied and supported the lies of President Trump attempting to undo the will of millions of voters in various states. He visibly showed his support to domestic terrorist rioters who stormed the Capitol on January 6, 2021, attempting to stop the procedural counting of electoral votes, certified by each state. Senator Hawley actions incited and encouraged an insurrection.

The Senate does indeed have the Constitutional authority to expel its members. Article I, Section 5, of the United States Constitution provides that "Each House [of Congress] may determine the Rules of its proceedings, punish its members for disorderly behavior, and, with the concurrence of two-thirds, expel a member." Since 1789, the Senate has expelled only fifteen of its entire membership.