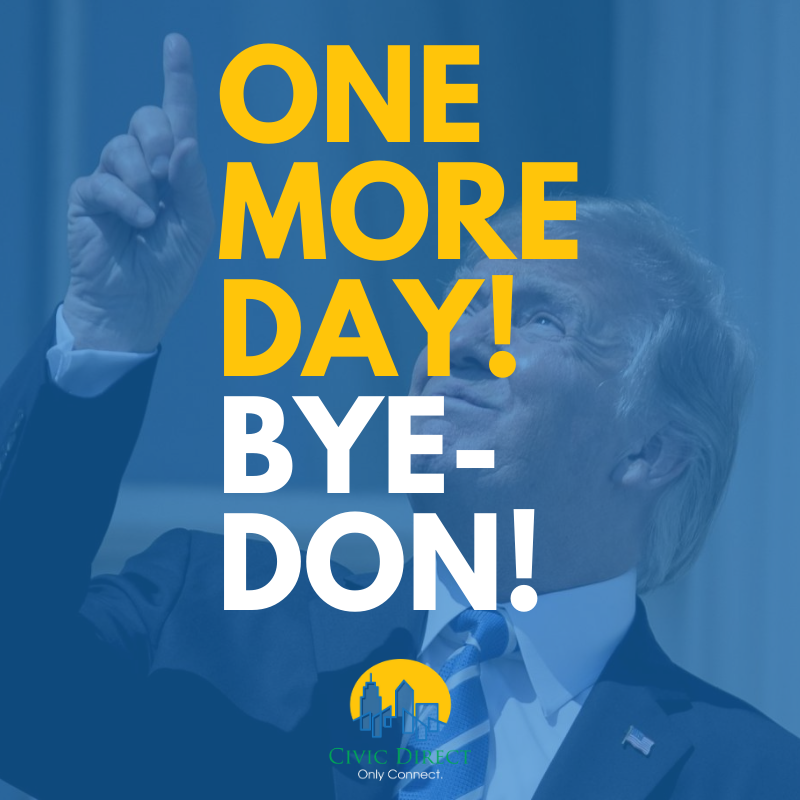 Finally, the end of the Trump Presidency is nigh.  Tomorrow #JoeBiden and #KamalaHarris will be #inaugurated as President and Vice-President of the United States.

Trump will slink away to Florida where #criminal charges, #scorn, and his #debts await.  The Trump Presidency was filled with #lies on a daily basis, racism and xenophobia, a #disdain for our democratic norms, and a complete lack of basic #humandecency.