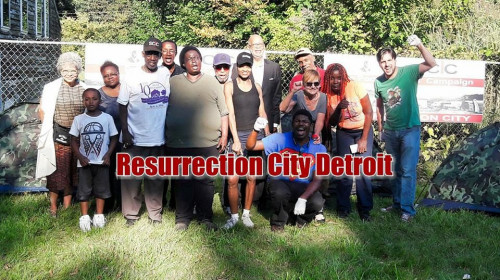 There's a movement brewing in the neighborhood of Zender Place, sequestered between Mack and Gratiot on Mt. Elliot St. in Detroit. Rev. Aaron McCarthy, President of Detroit's SCLC chapter, has revitalized Resurrection City, in celebration of the 50th anniversary for the Poor People's Campaign, initially launched by Dr. Martin Luther King. Going strong for over 2 months, McCarthy's mission has provided food and shelter for Detroit's homeless population and most vulnerable residents. Initially planned as a one week engagement, McCarthy felt moved to continue the campaign as the need in Detroit was so great, even exceeding the timeline for the original Poor People's Campaign. As the weather turns cold, that need only increases, and Resurrection City needs your help to continue providing for those most harshly affected by economic injustice. Please donate today (Paypal ID: skybirst1@yahoo.com) to keep the mission running well into next year!

Established in the neighborhood he grew up in, McCarthy (affectionately referred to as "Jelly" by his fellow residents) created a tent city on the intersection of Zender Pl. and Mt. Elliot. Twenty-five tents were available for Detroit's poor to use as housing. McCarthy and his assistant, Valerie, also provide two hot meals a day for Resurrection City's tenants and all others in need who stop by. When it began on September 16th, McCarthy, Valerie and an assortment of volunteers worked to feed 20-30 people.

"Now we got dinner lines going around the block...we got people coming as far as Cass Corridor!" McCarthy remarked on the mission's growing popularity. "When people stop by the Heidelberg Project, they're asking the guy in the booth 'which way to Resurrection City?'" Rev. McCarthy also has a plan to combat sub-freezing conditions and keep the city open all through the winter. With the tents all situated in one backyard, his plan is to lay straw down at the base of the each tent and strategically position four outdoor space heaters, powered by two generators. Your donations could go a long way towards securing a warm night's sleep for Resurrection City's tenants.

While the seasons have already turned, the tenants have managed thanks to Women's March Michigan's coat drive. Each resident received a heavy winter jacket that can also transform into a sleeping bag. "I was asking some of the people in the tents if they got too cold this month, but they kept saying 'I'm not cold!' 'cause of those jackets." McCarthy quipped. Rev. McCarthy (center) along with volunteers from Women's March, MDPAN, Green Party and March for Education during the coat drive.

The Reverend went on to observe that Resurrection City's occupants were creating a real home out of these tents, storing their belongings and making each one unique to it's resident. While the first cold snap was tolerable, those space heaters, generators and fuel would go a long way towards securing a temporary home for Detroit's most vulnerable through the harshest months. 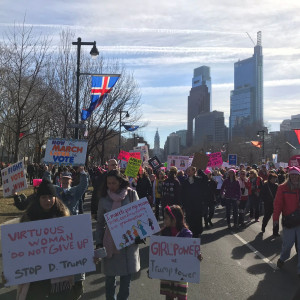 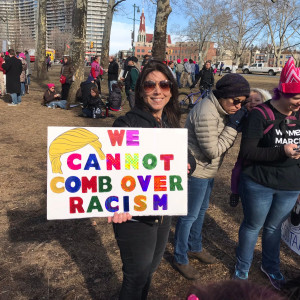 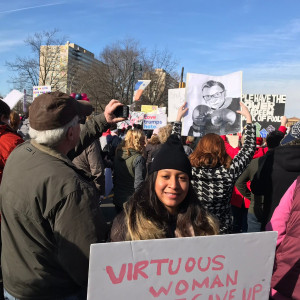 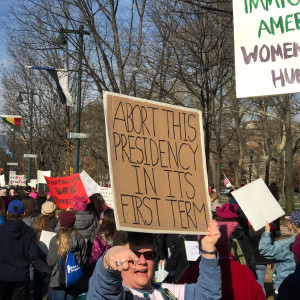 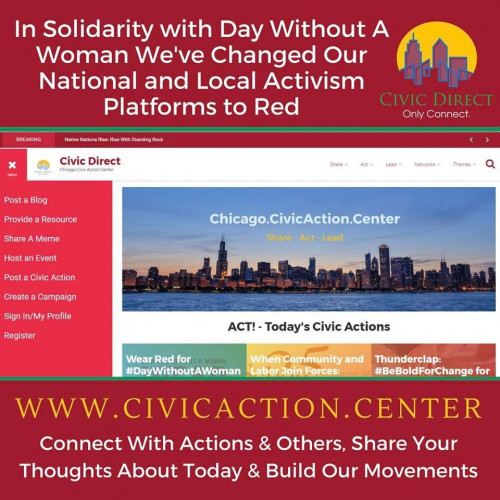 Day Without A Woman

We've changed the Civic Action Center national and local platforms to red in #solidarity with #daywithoutawoman. Share your thoughts on the day by creating an account and posting a blog or meme. #internationalwomensday #womensmarch #genderjustice #intersectionalfeminism #feminism #share #act #lead 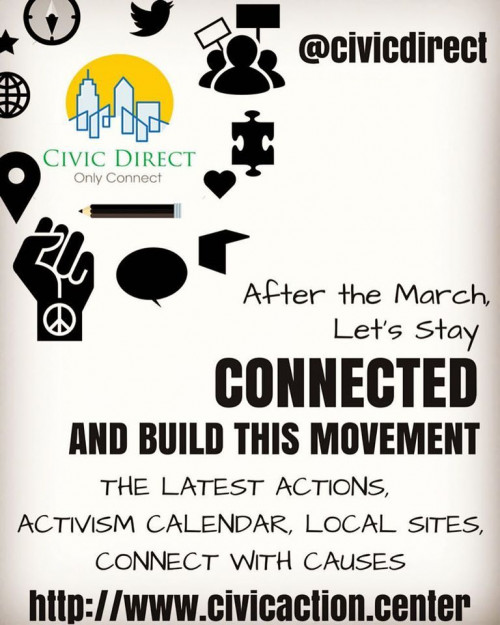 Let's keep the #momentum from the #womensmarch going. Have you been in action today? We have a number of new #civicactions posted every day. #civicactioncenter #share #act #lead #resist #resistance

My Photos from the 1st Women's March 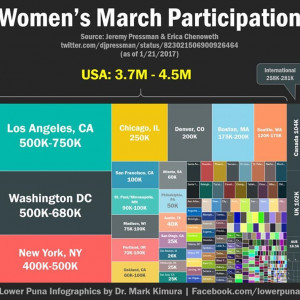 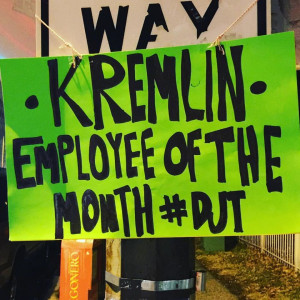 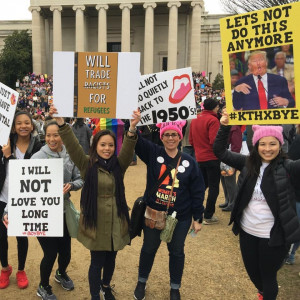 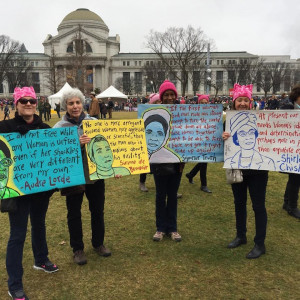