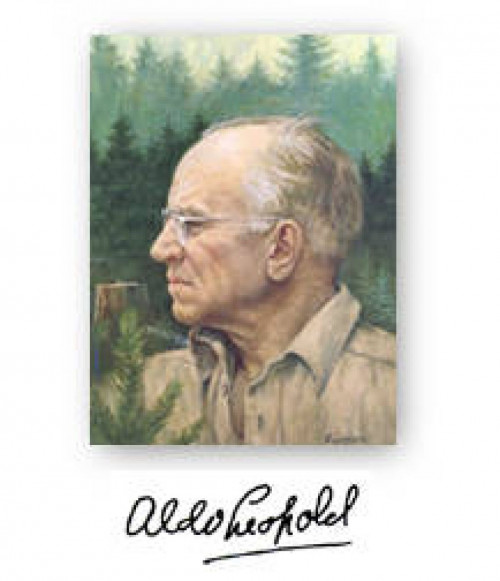 Winter Reading, A Sand County Almanac - a tale for our time

I have the great good fortune to live about a par four from the St Martin's train station on the Chestnut Hill West Line here in Philadelphia. Winter is a time to catch up on reading, the ride into town a great time to settle in with a book (the ride home, the eyes close ...) This winter I picked A Sand County Almanac off the shelf.

Also Leopold was alarmed at the march of man on the realm of nature back in the 1940's, Sand County was first published in '49. He was a keen, fond observer of the natural world and wrote with passion, clarity and wit. It is surprising to read a book from that era that includes the headers "The Land Ethic", "The Ecological Conscience" (this was back when the word logical rang in the word ecological), and a pleas for a "Wilderness Esthetic".

It's time to bring his memory back, I know that memory runs strong in some already.

At Earth Initiative we will be hitting you with policy issues, hash tags, charts, infographics, at time we will tip our hand that our own heads are spinning at the complexity of some key issues - but tonight I just want to share a bit of Aldo's humor & wit.

This short passage has him wondering why certain species are fond of Wisconsin's sand counties, where he lives. About the American woodcock:

... "After years of study, I now think I know the reason. The male woodcock, while doing his peenting (*1) prologue to the sky dance, is like a short lady in high heels: he does not show up to advantage in dense tangled ground cover. But on the poorest sand-streak of the poorest pasture of meadow of the Sand Counties, there is, in April at least, no ground cover at all, save only the moss, draba, cardamine, sheep-sorrel, and antennaria, all negligible impediments to a bird with short legs. Here the male woodcock can puff and strut and mince, not only without let or hinderance, but in full view of his audience, real or hoped-for. This little circumstance, important for only an hour a day, for only one month of the year, perhaps only for one of the two sexes, and certainly wholly irrelevant to economic standards of living, determines the woodcock's choice of a home.
The economists have not yet tried to resettle woodcocks."

First, "his audience, real or hoped-for", hilarious, right? We've all been there.

His dig at the economists is a recurring theme. He was early on to the mindset that was already eyeing the whole world as grist for their gain. "The new overlords did not understand this,. they did not include soil, plants, or birds in their ideas of mutuality.. the dividends of such a (natural, my word) balanced economy were too modest....

Re: "After years of study, I now think I know" The close observation of the natural world is a thing we want to foster and share, it is at the heart of the Earth Initiative. It leads, we believe, to the kind of love for the world we now need.

I confess I am not yet up to speed with the precise rules of copyright and fair use, so let me compensate with some kudos, and the encouragement that you buy the book ...

The copy I lifted these passages from is paperback, from Ballantine Books, with (gorgeous) illustrations by Charles W. Schwartz.

Here is a video of the field part of the woodcock's dance: https://www.youtube.com/watch?v=TFnKFF8eYfs

I have come to believe that no one has yet captured the "sky dance" - except for the ways we have filmed UFOs. If any of you know a compelling clip, please share! 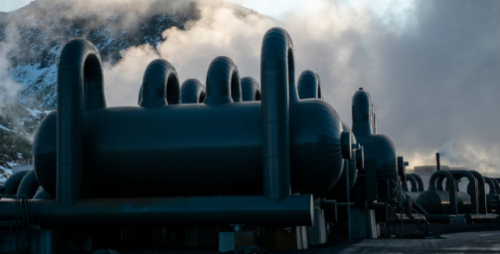 Can we start removing CO2 from the atmosphere? - news from Iceland, via the NY Times