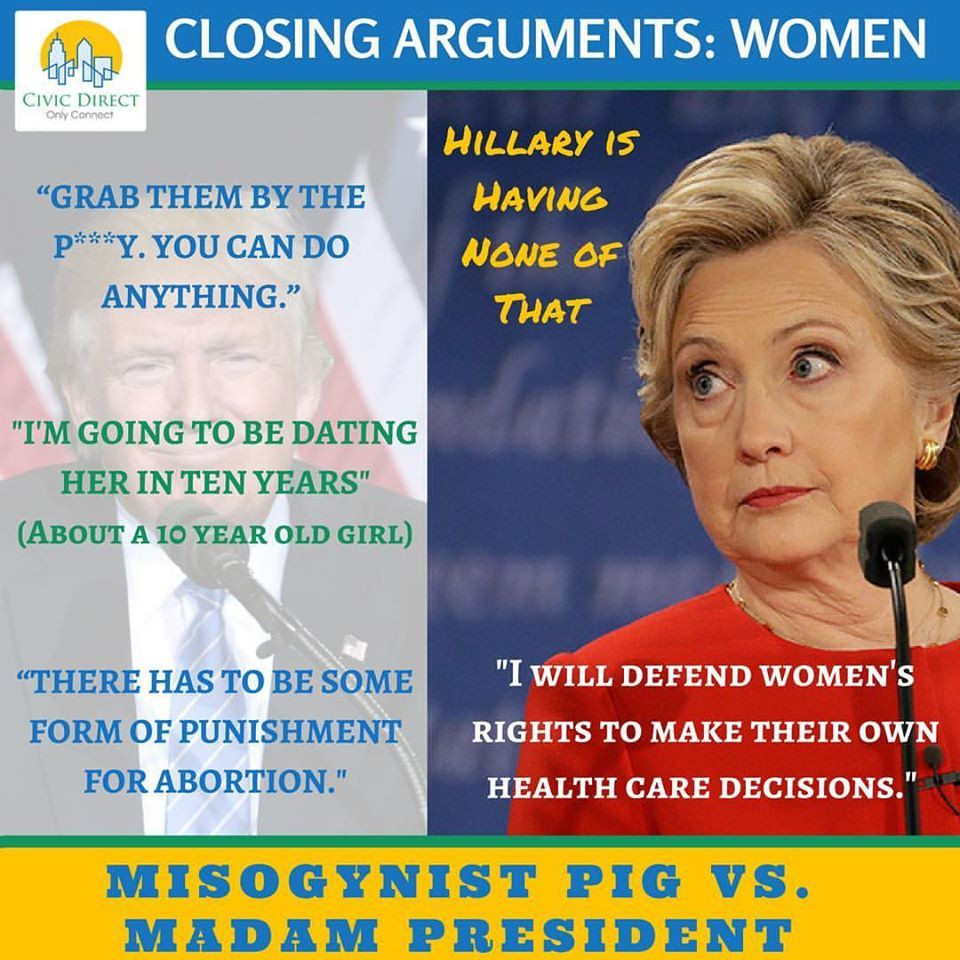 Closing arguments #election2016 On women's issues it is not even close. @hillaryclinton offered the most robust defense of women's reproductive rights and @plannedparenthood of any Presidential candidate in the modern era. Trump demonstrated time and again that he is a misogynist with little respect for women. Indeed, he bragged about sexually assaulting women, a disqualifier for any job let alone that of President. #nevertrump #dumptrump #hrc #imwithher #feminism #stoprapeculture If you wouldn't let him near your daughter, don't let him near the White House. #nastywomen #womensrights