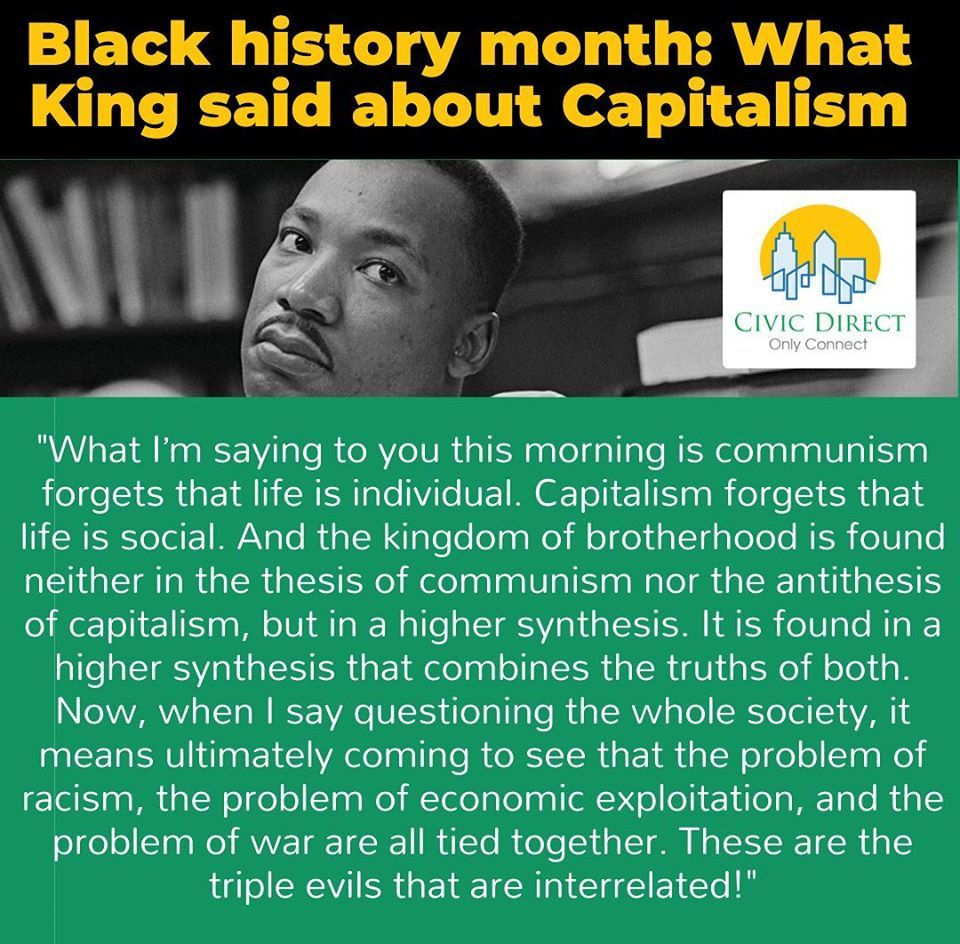 What King Said About Capitalism

#knowyourhistory
With all this talk about #socialism, #democraticsocialism and #capitalism, what did #mlk have to say?

"What I’m saying to you this #morning is communism forgets that life is #individual. Capitalism forgets that life is #social. And the kingdom of brotherhood is found neither in the thesis of communism nor the antithesis of capitalism, but in a higher synthesis. It is found in a higher #synthesis that combines the #truths of both. Now, when I say questioning the whole society, it means ultimately coming to see that the problem of #racism, the problem of #economicexploitation, and the problem of #war are all tied together. These are the triple evils that are interrelated!"