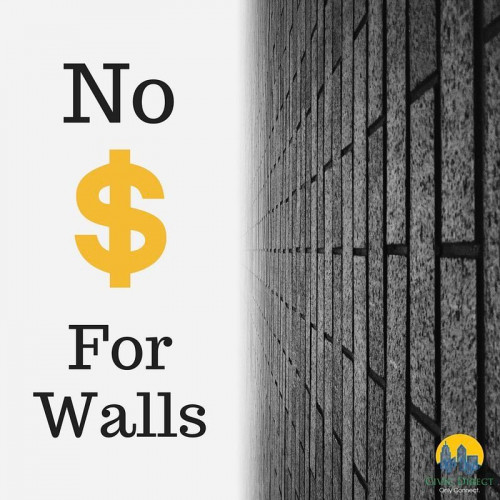 No Money for Walls 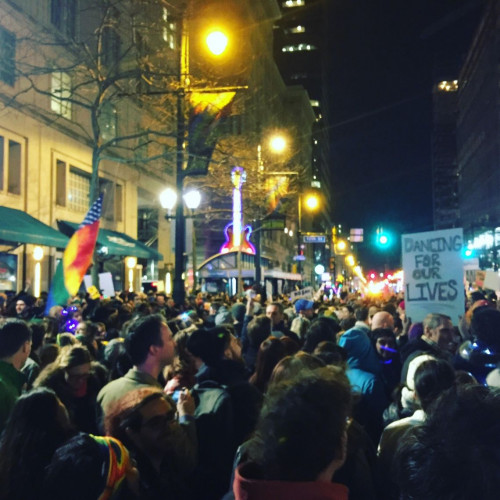 Stop Raining on Activist Marches; Much is Getting Done.

The tremendous amount of political activism activity since Trump won the election racheted up over the first two weeks of his Presidency (has it really only been two weeks?). Much hang-wringing from across the political spectrum is trying to rain on the parade of this new font of civic energy and participation.  I expect Trump and conservatives to attempt to delegitimize protesters by claiming that the activism represents some fringe or that favorite boogeyman George Soros is funding professional protesters (I'm still waiting on my check!).

More frustrating is criticism from Democrats. Mike Gecan was the latest of these salvos telling us to focus on electoral politics (http://www.nydailynews.com/opinion/democrats-played-article-1.2961872). Gecan tells all of us fools that we are getting played because we are participating in mass demonstrations, marches and other forms of activism as opposed to focusing on electoral politics.  Despite his extensive organizing experience with the Industrial Areas Foundation, this article misses a lot and the author clearly doesn't understand the breadth of engagement happening.

Frankly, some of the criticism comes from a place of white privilege.  The IAF's transactional organizing has not been immune to this criticism in the past.  White progressives need to first look in the mirror and ask ourselves: Are willing to follow the lead of young people of color and women who are doing most of the organizing of these protests? Are we willing to be foot soliders in youth, people of color, women and LGBTQIA led-organizing?  It is a tough, real question.  No matter how you answer it for yourself, one thing that absolutely will not work is standing on the outside casting stones, the height of privilege.

My pastor activist friend offered a completely different strategy from Grecan's recently, saying that he is only interested in nonviolent direct action. Not sure I fully agree, but I can understand the sentiment.  Electoral politics didn't desegregate buses in Montgomery.  The courts upended the will of elected officials to end de jure discrimination. Similarly, an African American Democrat president and Baltimore mayor, with a Democratic governor and legislature of Maryland did not save Freddy Gray, could not stop the perpetrators going free, and did not materially improve the conditions of many communities in Baltimore or Chicago or Philadelphia.  That doesn't mean progressive public policy isn't better; it is. I just would not accept that electoral politics is the only way to make change or the only thing that needs to be done.

And I got news for the naysayers.  Activist efforts are working.

Here are some of my personal highlights from the last couple of weeks:

These are really incredible accomplishments.  Yes, we need to be organizing swing districts, but this armchair criticism of movement building misses so much of the amazing work (and early victories) occurring right before our eyes. Older white folks have 2 missions in my estimation:

The majority of white people voted for Trump.  Let's make some progress on the stuff we own, such as convincing other white people there's a better way, instead of casting stones at the effective and courageous new group of movement-building leaders. Against overwhelming odds, these inspirational leaders are eking out some hard fought victories, and doing so with an eye towards long-term sustainability and solidarity that recognizes the intersectionality of our issues, identities and collective need to resist a racist, xenophobic, misogynistic US administration.