Jazmine
Added a post  to  , blackwomen
My Experience with Misogynoir

Misogynoir is the combination of sexism and racism towards Black women. This term was coined by Queer, Feminist scholar, Moya Bailey. I have only recently learned what misogynoir is. But it has been surrounding me my whole life.

I learned about colorism from school and rap music. Boys in my class didn’t hesitate to sit in front of my face and say, “I only like light skinned girls.” Then I would go home, turn on the television and see rap videos where men were surrounded by lighter skinned women. All you would hear in the songs were, “redbone,” this and “yellow bone,” that. I remember being eleven years old, sitting in the car and hearing this line by Lil Wayne on the radio. It went, “Beautiful Black woman, I bet that b*tch look better red,” meaning she’d look better lighter. I felt uncomfortable hearing that line and always avoided listening to the song. I couldn’t help but to feel “ugly,” and “unwanted.” I hardly saw women who looked like me on television, especially as love interests. Darker skinned women were usually portrayed as the “Angry Black woman,” or “the sassy sidekick.” We were incapable of being loved on screen. Television can have an affect on an individual’s psyche. It can also influence society.

If you’re on social media outlets like Twitter and Instagram, you may see the many posts tearing down Black women. From memes about Black women to bullying Black women for their looks, the bashing seems endless. Rarely anyone else comes to our defense, but other Black women. Celebrities can make anti-Black women statements and their career remains unscathed. Like rapper and accused rapist, 6ix9ine who recently commented under a Black couple’s wedding picture that, “He should of chose a white woman.” Instead of being reprimanded, he was given the benefit of the doubt and was said to just be “trolling.” Or another rapper and accused rapist, Kodak Black who explained in an interview why he did not find dark skinned, Black women attractive. He also has a line in one of his songs that says, “I’m already Black. I don’t need no Black b*tch.” Both rappers’ careers are still flourishing despite their dehumanizing comments about Black women.

Sexual assault and domestic violence are swept under the rug when it comes to its Black female victims. Black women were hardly mentioned during the “Me Too,” movement even though it was a Black woman by the name of Tarana Burke who created it. Celebrities like R. Kelly and XXXTentacion are viewed positively in the Black community despite their allegations of abuse and proof that they are abusers. Black girls are being sexually assaulted in our community, but there are many Black people who would rather write them off as “fast,” than hold predators accountable. The hyper sexualization of Black women, including Black girls, has been used to justify sexual assault against us since slavery. Black women are also said to be victims of domestic violence at high rates and yet this is not widely discussed. Not even within our own community. But we make jokes about Chris Brown and Ike Turner’s abuse against Rihanna and Tina Turner.

Misogynoir may be a more recent term to describe the experiences of Black women. But we have been experiencing this for centuries. It plays a part in the hyper sexualization of Black women and the justification of sexual assault against us since slavery. It plays a part in why domestic violence against us is swept under the rug, even in our own community. Misogynoir is why bashing Black women is not seen as a career ender for celebrities. And misogynoir is why little Black girls are growing up believing that their dark skin is ugly. 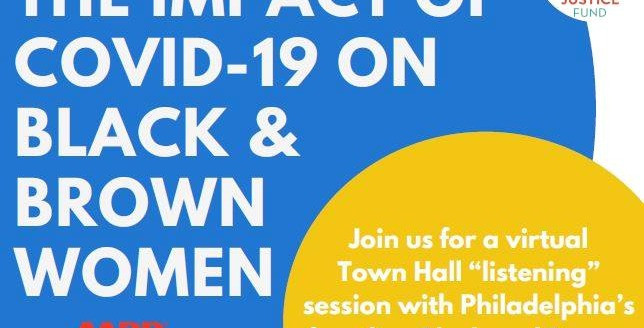 What Does Politics Demand of Black Women?
29 May 20
See more...
Search