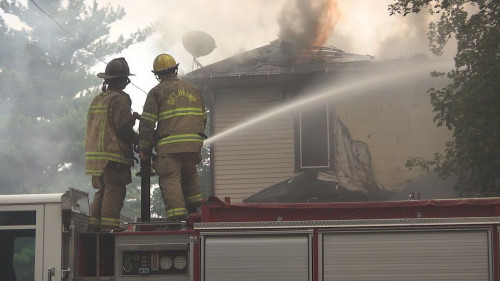 After a twenty year battle, the LGBTQIA community of Jackson, MI scored its first major legislative victory on February 7th, with the passage of a Non-Discrimination Ordinance (NDO) that protects Jackson residents from being discriminated against based on gender and sexual orientation in employment, housing and public accomodations. While met with resistance from almost 1,000 petitioners, Judge Thomas Wilson upheld the NDO and invalidated the petitions, based on alterations to signatures made after filing them.

On August 5th, the community came together in celebration at Jackson's first ever LGBTQIA pride festival. Marching through the city's downtown area at noon, the jubilant affair included drag queen pageants and extravaganzas, a dance party and amounts of glitter only measurable in metric tons. That glow was forced to fade when the home of Nikki Joly and partner Chris Moore was burned down on August 10th. Joly, American Red Cross worker and founder of the Jackson Pride Center, is an ardent proponent of the NDO and a principal organizer of the Pride festival. While Joly and Moore were not harmed, their two dogs and three cats were locked inside and killed by the blaze. Two firefighters who responded to the blaze also suffered minor injuries.

In an interview on WLNS, Jackson Police and Fire Chief Elmer Hitt stated "The investigation is indicating there was an accelerant most likely used," and that local authorities are looking at this as a potential arson case. "People are motivated for different reasons. At this point, it’s too early in the investigation to know."

To date, there is no official confirmation on the identity or location of the perpetrator, or stated motivation. However, the attack occurred a mere five days after the Pride festival.

In response, the community has rallied around Joly and Moore, hosting a successful fundraiser on August 15th at St. John's United Church of Christ/United Center. The support continues on August 26th at Partners in Battle Creek, with a fundraising drag show: The arson investigation is still ongoing, if you have any information, please report it to the Jackson Police Department at 517-788-4100 or Crime Stoppers at 517-483-STOP.