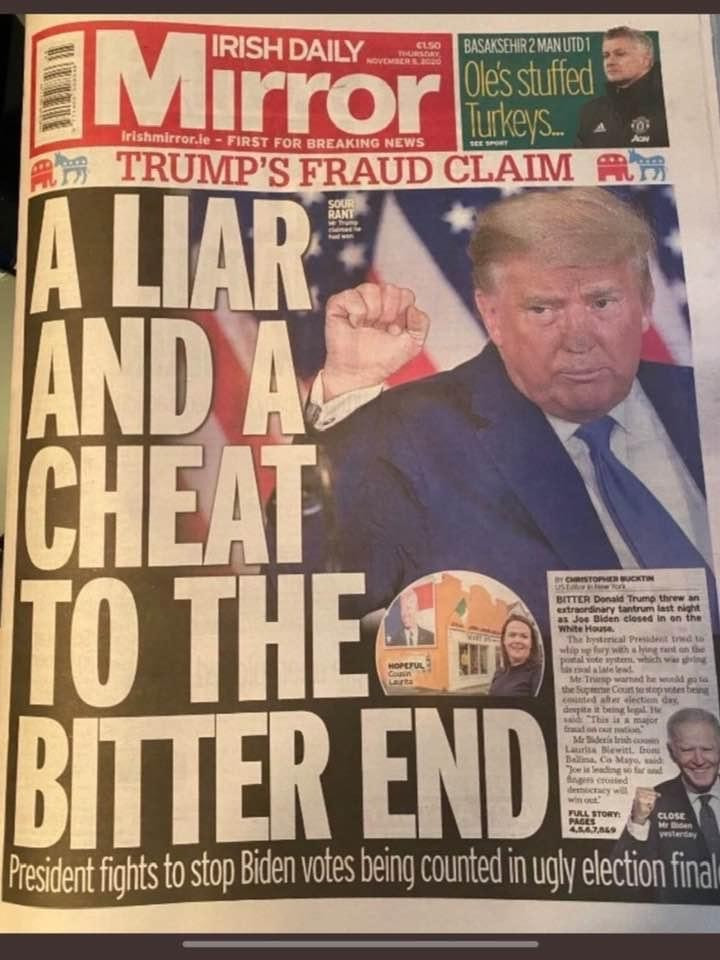 Yesterday, I said the election would be called.  If Philly didn't lose an hour counting votes because of a Trump lawsuit and Allegheny County would have counted votes yesterday we would have had a winner.  We will have a winner declared today and it will be Joe Biden.  The question is what happens next?  Most have been concerned about whether Trump would cede power in any type of normal way or whether he would foment violence and civil strife.  It was clear from his bonkers presser yesterday, that there is reason for concern.

We have seen lots of acts of violence from right wing Trump supporters over the last few months and years:

Let's be clear that past dangerous rhetoric from Trump has led his supporters into violence to the point of wanting to create an insurrection against a duly elected governor.  Trump will lie and steam and the good news is that most of the country has ignored his pleas to undermine democracy.  We need to stay vigilant, appeal to the better angels, and proceed with the norms in our democratic institutions about the peaceful transfer of power.