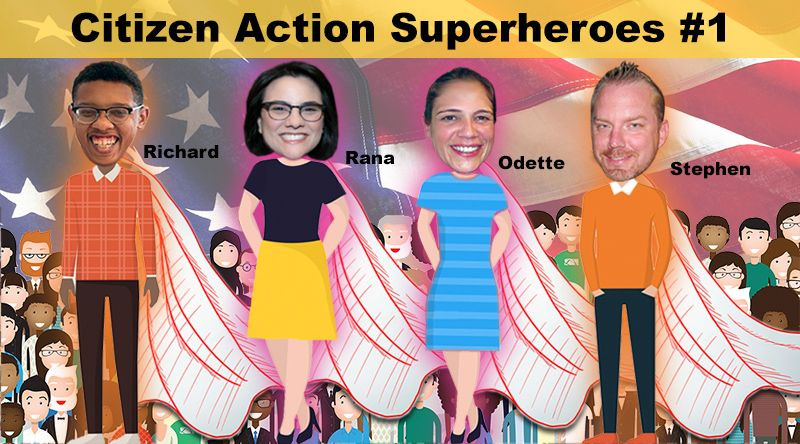 I was recently interviewed with a number of other inspiring activists by Michelle Befie, a writer, filmmaker and co-founder movingStories, that works to bring people together and inspire citizen action.

I encourage you to read the article:  https://movingstories.biz/action-items-and-inspiration/citizen-action-superheroes-part-1/

My section is entitled "Episcopalian White Man in Action," https://movingstories.biz/action-items-and-inspiration/episcopalian-white-man-in-action/

A few of my quotes:

We work hard at creating a virtuous cycle that goes something like this: (1) People sharing and knowing about events so they can get engaged, (2) acknowledging and thanking the people who share upcoming actions and (3) after the action happens, reporting back so people feel validated and inspired to do the next thing.

I’ve obviously been born into a lot of privilege as a middle-class white American male. And if you’ve been given that kind of privilege it has to be a part of your efforts in life to share that privilege. I’ve taken that call very seriously in everything I do.

Also, as activists, we must realize it’s never one big event like breaking down the Berlin Wall. Sacrifice, as it relates to political engagement, is often quite thankless hard work requiring a stick-to-it-ness. It requires ongoing consistent effort.