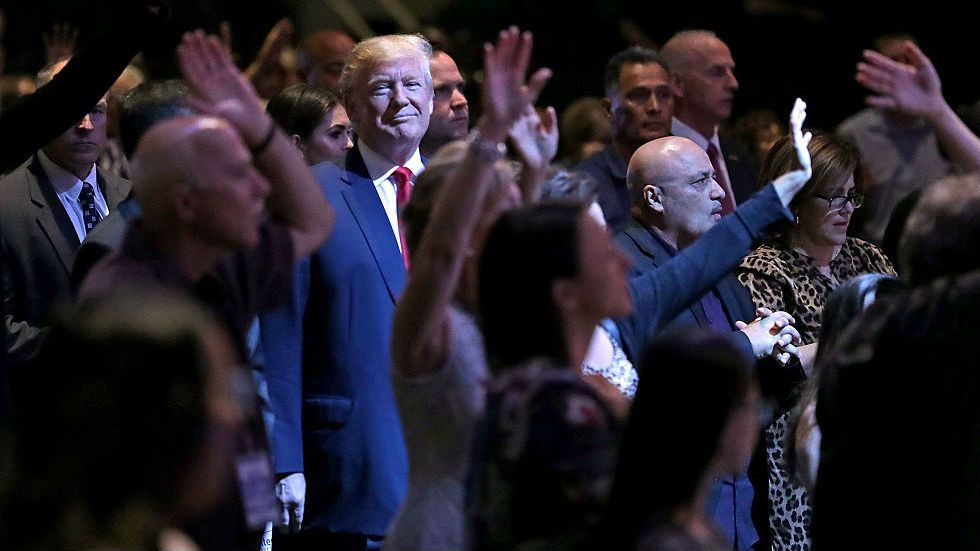 This is the first of a three-part series on Trump and his supporters.

When Trump won the election over a year ago, I pledged to engage white Trump voters with whom I disagree to better understand their position.  My personal pledge reflected a consensus media narrative that white folks left behind from the economic disruptions of a globalized economy had taken their anger out on the system through an imperfect candidate, but a person who channeled and spoke to their frustrations.  Such a broad brush of Trump voters never really painted the full picture.  Yes, there were plenty of folks who voted from an economically aggrieved position AND there were significant elements of racism and xenophobia evident at Trump rallies and amongst some subset of his supporters.  Indeed, in my own family there is a real spectrum of Trump voters ranging from:

Even as I've divided these audiences, it is important to note that there is a good degree of overlap between these groups.  A Trump voter can have legitimate economic grievances and at the same time hold internalized or overt racial hostilities and both sentiments affirm a vote for Trump given what he represents.

In the last year, I struggled with this pledge of engagement.  With each succeeding episode of blather coming from Trump's lips or his thumbs on twitter, it has become increasingly difficult to engage folks who defend such vile, egomaniacal, and racist utterances.  There are of course folks who know better, but because of political expediency or lack of courage, refuse to condemn racist statements from the President.

Nonetheless, I believe that such engagement is important, especially for white folks such as myself that have Trump supporters in your networks.  We must always challenge racism, anti-Semitism, Islamophobia, xenophobia and other forms of oppression where we see, even within our families and communities.  For whatever frustration and disconcert it brings to our lives, it often pales to what the victims of oppression must contend.  My white male privilege demands my engagement to address of those who perpetuate and defend systems of racism and oppression.

That being said, I'm not suggesting you bang your head against the walls of ignorance or vehement racism.  I understand the frustration. Ultimately, you have to extricate yourself from conversations with folks who refuse to engage responsibly without insults and move on to the next challenge.  I leave those conversations with some fairly simple advice to them:

1. Spend a lot more time speaking with folks who don't look and think like you, and;

2. Read and consume content from a wider range of views.

From within the right wing media vortex, it is tough to hear different viewpoints and even to get basic facts on the table (see climate change as the debate only exists amongst the right wing of US, while the rest of the world has accepted the basic science and facts on the matter).  If folks' self-identity or their frame of reference is so caught up in the years of right wing propaganda, talking right now might not help.  In those cases, you can only offer the opportunity for learning and engagement.

If some segment of Trump voters spends the time listening to folks who are the subject to oppression and learning some of the basic facts of policy that it will change their minds and perhaps more importantly their hearts.  Not many will open themselves to such learning because it requires the humility, not a strong suite of Trump and many of his supporters. There will be some, eventually.  We are planting seeds and playing a long game.