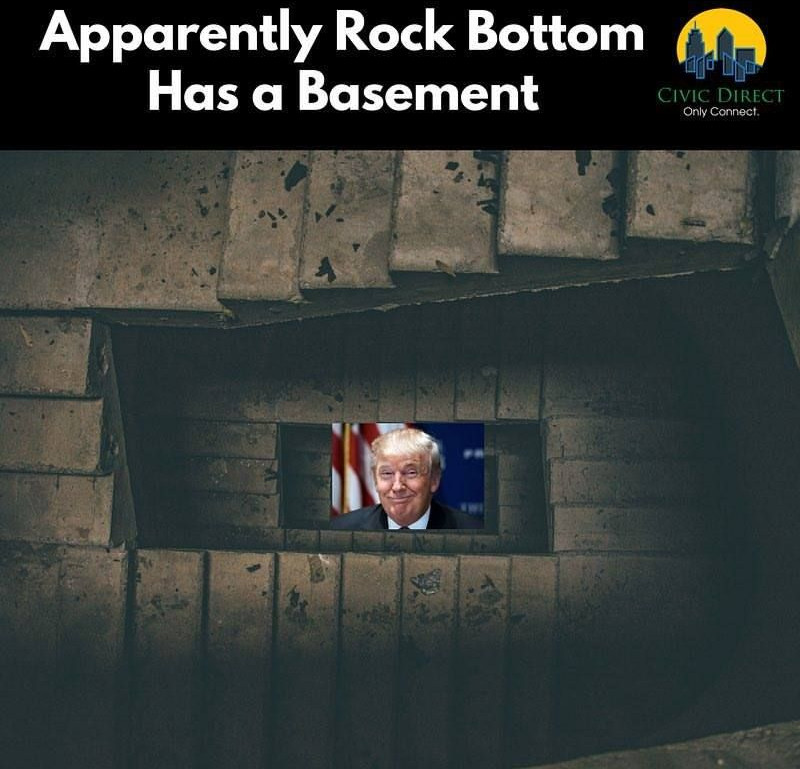 Just when you think #trump hits #rockbottom he goes even lower. He has no limits to the lows he takes himself and the country. Last week he said he did more to comfort #military families who had lost a loved one than previous #presidents, yet another false claim of hundreds of #lies he's told since becoming #president. He then completely botched a #grieving family. Let's not forget it took him a long time to even acknowledge the deaths of soldiers in Niger. What will it be this week?