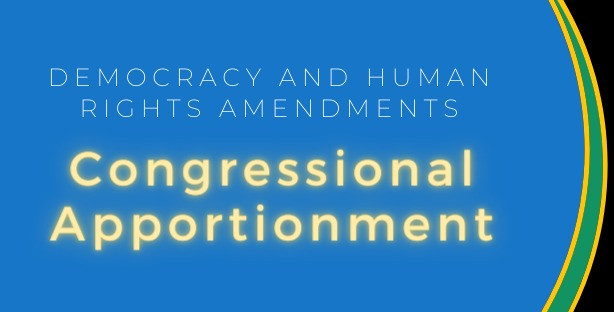 A group to support organizing for the Congressional Apportionment Amendment of the Democracy and Human Rights Amendments.