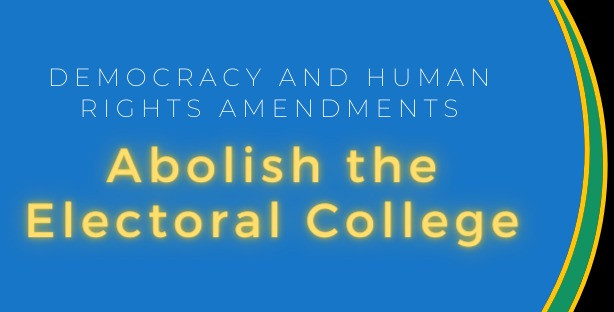 A group to support organizing for the Abolish Electoral College; Elect President and Vice-President by Popular Vote Amendment of the Democracy and Human Right Amendments.