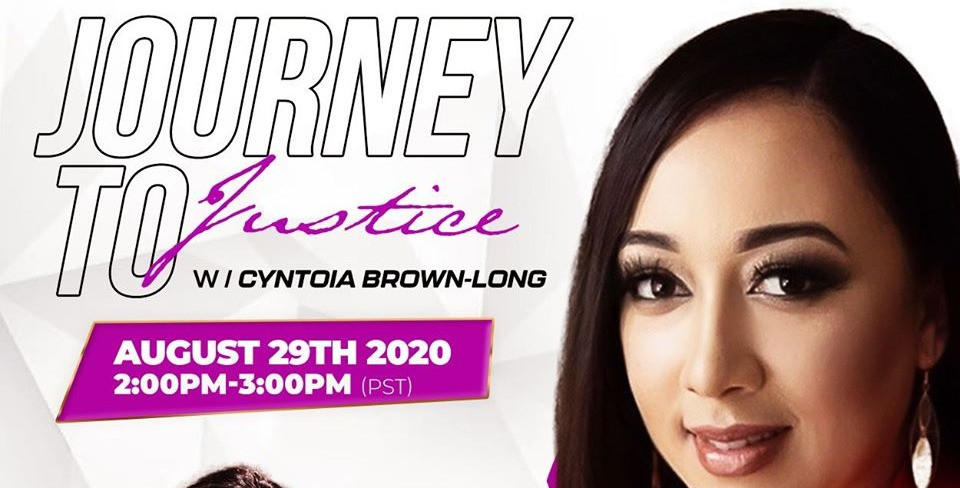 The Justice System failed Cyntoia Brown.Cyntoia had a difficult start in life. She was born to an alcoholic, teenage mother who was a victim of sex trafficking. Cyntoia experienced a sense of isolation, low self-esteem, and alienation that drove her straight into the hands of a predator. Cyntoia was trafficked during her early teenage years and, at the age of 16, was arrested for killing a man who solicited her for sex. She was tried as an adult and was sentenced to life in prison without the chance of parole for 51 years. Her trafficker was never arrested. In prison, Cyntoia’s life took a dramatic turn when the prison education principal took her under her wing and introduced her to a spiritual path. She encouraged her to build a positive life in prison and to resist the negative influences that lead to despair.Cyntoia’s journey was a roller coaster ride that included a documentary (as seen on Netflix) about her life, a profound encounter with God, an unlikely romance, and, eventually, a commuted sentence by Tennessee Governor Bill Haslam. She received national and international support from social media advocates, pastors, and celebrities and was released from prison in Nashville, TN, on August 7, 2019."Imagine at the age of 16 being sex-trafficked by a pimp named 'cut-throat.' After days of being repeatedly drugged and raped by different men you were purchased by a 43 year old child predator who took you to his home to use you for sex. You end up finding enough courage to fight back and shoot and kill him.” -RihannaTo hear Cyntoia's Journey to Justice join us and hear her personal story of how the justice system failed.This event is hosted by Art Alive Movement and moderated by T. Ortiz.About T. OrtizT Ortiz, is an Anti-Trafficking Activist and Lived Experience Consultant. T is a leading force in advocating for the civil and social rights of all people, with specialized expertise in highlighting the #intersectionality between the child welfare system and domestic child sex trafficking. In 2014, T was named one of TIME Magazine’s “100 Most Influential People in the world”, a TIME Magazine “30 under 30” in 2013, and a GLAMOUR Magazine “Woman of the Year” in 2011. Her advocacy has influenced many organizations including The United Nations, Google, The U.S. Congress, The White House, The American Bar Association, The Aspen Institute, and The Johns Hopkins Institution. Notably, she has lead a TEDx talk on Exploring Sexuality after Trauma and has successfully petitioned the Associated Press to utilize practices conscious of survivor trauma and circumstance with her #NoSuchThingAsAChildProstitute Campaign. T is a recent Magna Cum Laude graduate from Morgan State University with a degree in Strategic Communications.