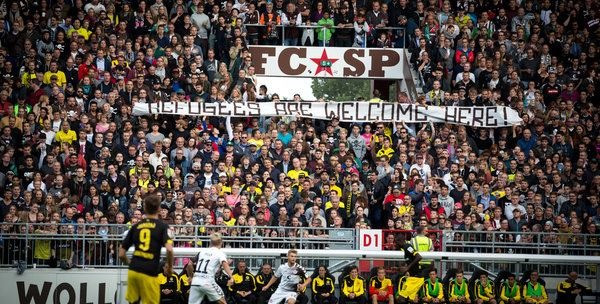 This event has been postponed for health and safety reasons. The July 25th date is just provisional for now and will be confirmed nearer the time.We are witnessing a worrying return of racism to our grounds. Barely a weekend goes by without reports of racist incidents amongst fans or players. Given the racism coming from the top of society from the likes of Johnson and Trump, this is no surprise. Buoyed by this poison, Tommy Robinson and groups around the so called Democratic Football Lads Alliance continue to try to spread division in and around our game. Muslims bear the brunt of their hate, but no minorities are safe.However, we know that most fans value diversity and hate racism. On March 21st, join other football fans coming together to join the demonstration marking UN anti racism day on the football fans bloc of the march, whoever you support. Let's see vibrant opposition to racists and fascists.Show Racism the Red Card and Kick It Out have made great advances rejecting racists and at recent games anti racist fans have drowned out racist chanting. Last season, Tommy Robinson was kept away from the Hearts vs Rangers game. Let's keep this going; we won't go back to dark days when BME fans and LGBT fans were targeted. Please share this event page, invite your friends and make the Football for All bloc the place to be!March Against Racism: UN anti-racism day protest