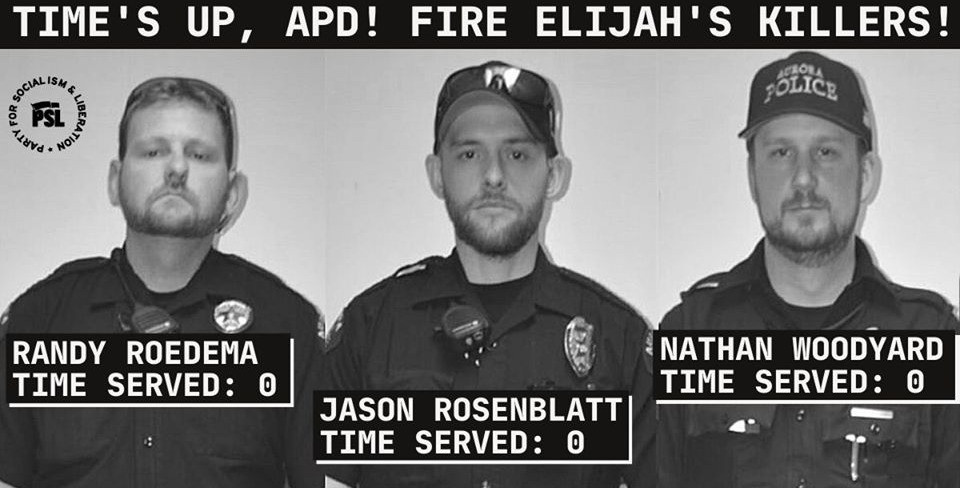 For ten months Aurora Police Department has shielded Elijah McClain's murderers on their force from facing any form of justice. It was only last Friday, just ahead of a mass march for Elijah, that they pulled the three killers off the streets and put them on paid desk duty. This was ONLY because they are scared of the people. Right now APD has the eyes of the nation on them now and us at their heels. We need to make it clear that this is absolutely NOT enough. We expect murder charges for the three killers and we demand that APD fire Randy Roedema, Jason Rosenblatt, and Nathan Woodyard IMMEDIATELY.Additionally, it was recently leaked that multiple APD officers—including at least one of Elijah's killers, Rosenblatt—held a photoshoot at the place where Elijah was killed, reenacting his murder, and circulated the photos as a joke around the department. We demand the names of these officers and their immediate termination as well.Join us this Friday night for a march from the intersection of Billings St & Evergreen Ave, the place where Elijah was brutalized and killed and where APD danced on his grave. We will march to the APD Headquarters at the Aurora Municipal Center.