The Rise Up 4th of July Rally 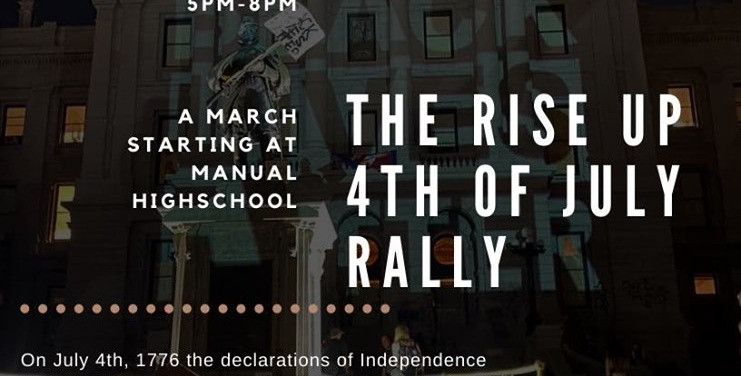 On July 4th, 1776 the declarations of Independence liberated the Colonies from Great Britains. However only white wealthy men enjoyed that freedom. At the time of the signing, African American’s were slaves, Women did not have a voice, Native Americans and Mexicans were getting thrown off their land.225 years later, African American, Women, Native Americans, LGBTX and our Latinx communities still do not enjoy the independence signed on July 4th, 2020. Join us for The Rise Up Rally as we rally against mass incarceration, detaining immigrants, the conditions on reservations and the marginalization of women